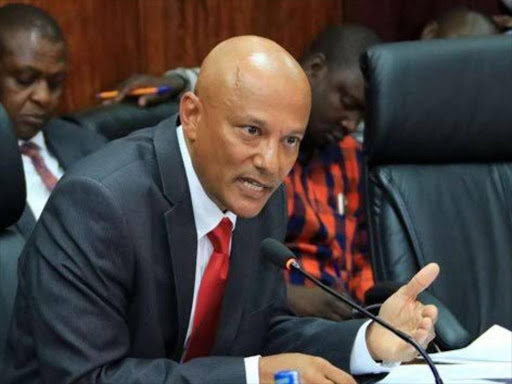 According to the Ethics and Anti-Corruption Commission, it has recovered assets worth $22.8 billion (Sh22.8 billion) that were stolen over a three-year period.

According to CEO Twalib Mbarak, the Commission averted a loss of approximately Sh32.5 billion through proactive investigations and disruption of corruption networks.

“The EACC remains firmly focused on its constitutional mandate and will continue to carry out its functions professionally, objectively, and without regard for a person’s political or other affiliation,” Mbarak stated.

Mbarak also revealed, during the induction of Members of the National Assembly this week, that the EACC completed 501 investigations on corruption and related offenses during the same period.

They include high-profile cases involving nine former or current Governors, Principal Secretaries, Senators, Members of Parliament, and Managing Directors of State Corporations, among others.

The CEO went on to say that the EACC is currently pursuing forfeiture of Sh33 billion in various courts across the country.

He also stated that the anti-graft commission has made significant investments in developing the capacity of its officers through specialized training and ongoing professional development.

This is said to have resulted in high-quality investigations and professional suspect handling.