..
Home Health Ebola Symptoms: What To Watch Out For 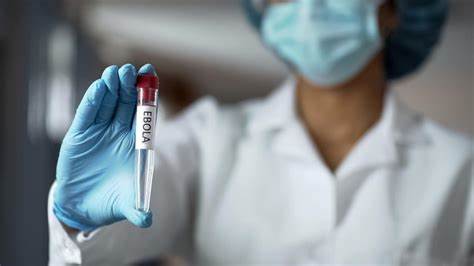 According to the World Health Organization, Ebola is a contagious viral disease that kills between 25 and 90 percent of victims depending on how the disease is handled.

This comes just a day after the Health Ministry confirmed an Ebola outbreak in Mubende District, marking the fifth time the disease has ravaged the country.

According to Dr Diana Atwine, permanent secretary of the Health Ministry, human-to-human transmission of the disease occurs through contact with the blood or fluids of an infected person or contaminated objects such as fluids.

Following the outbreak of the disease in Mubende, the Health Ministry has asked residents in the affected area and elsewhere in the country to report suspected Ebola cases to the nearest health facilities for evaluation.

Ebola symptoms include high body temperatures, fatigue, chest pain, diarrhoea, vomiting, unexplained bleeding, and eye yellowing. According to the Health Ministry, bleeding is usually a late presentation after the above symptoms.

Several districts and cities activated their disaster preparedness committees yesterday, which are chaired by resident district and city commissioners and lead efforts to counter the spread of epidemics, though most reported being resource constrained.

At yesterday’s press conference in Kampala, PS Atwine said: “The public is urged to avoid physical contact with anyone with the above symptoms [of Ebola], continue with washing hands and maintain good hygiene at all times. Avoid contact with body fluids that include urine, blood, sweat, vomitus and stool.”

According to the WHO, providing supportive care such as rehydration with oral or intravenous fluids – and treating specific symptoms – increases the chances of survival.

According to the World Health Organization, a variety of potential treatments, including blood products, immune therapies, and drug therapies, are currently being evaluated.