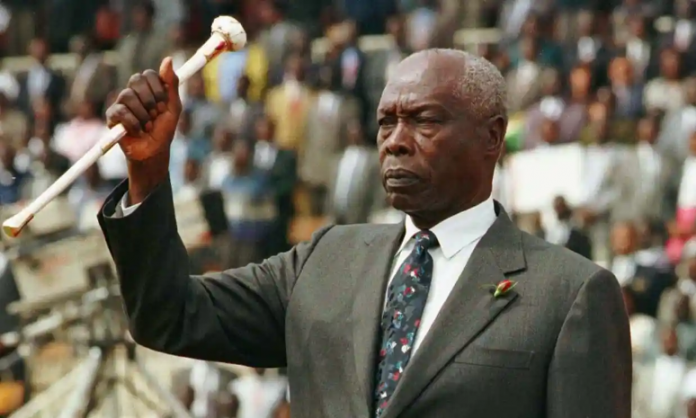 Reason? They wanted the repeal of Section 2(a) of the Constitution, and a ticket to remove the strongman from power.

Moi, then was the KANU President, Chairman, and the second President of Kenya- all rolled into one bale.

Kibaki later ate humble pie. And went on to rule Kenya vide another nondescript party. One can pick many morals lessons from the above narrative.

That no mortal being can stop the destiny of a nation that is determined to change its course. And the cause.

There was nothing fundamentally wrong with KANU. But the independence party became impervious to reason and stopped resonating with the desires of the people it purported to be serving.

Governments the world over exist because of the citizens domiciled within its mandated jurisdiction.

As such, leaders are duty-bound to listen to the electorate. Not the other way round.

In fact, most decisions made by respected world leaders, including our very own President Uhuru Kenyatta are anchored on the feelings, mood, aspirations, fears, and intentions of the people.

They are never personal.

A delicate balance must exist between where the Government wants to take the people, and where the people want to go.

In devolved units, this is never the case. Governors are known to drive projects that serve personal interests, other people.

Moi was a great statesman. But his legacy was dampened by his inability to act in time, as he did with the repeal of section 2(a) in 1991, rather than 1985.

Kibaki legacy was blotted by the infamous 2008 chaos that claimed thousands of lives.

Uhuru wants to anchor his legacy on crippling chronic power fights every election cycle…by ensuring that the winners and losers have a job.

This is a giant step in the right direction. If the big egos are fixed, Kenya will grow exponentially and surpass the much talked about tigers…

This notwithstanding, the President may need to dampen his appetite for debt…so that we live comfortably within our limits…and the perimeter of the manageable balance of payments.

Safaricom, KWS partner to save the Roan Antelope