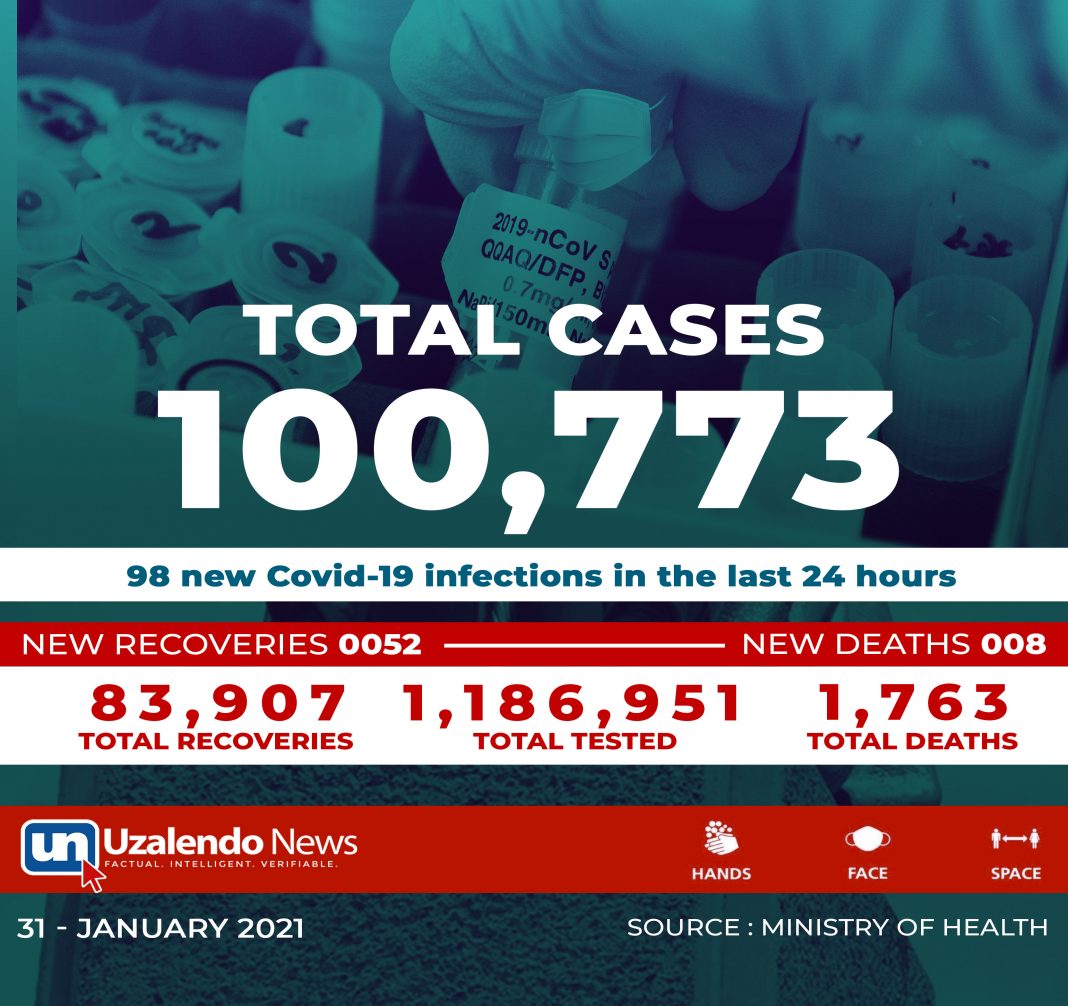 The Ministry of Health has confirmed 98 new Covid-19 cases from a sample size of 3,739 tested in the last 24 hours.

This bring the number of confirmed cases in the country to 100,773 from about 1,186,951 cumulative tests that have been done since March.

According to Health Cabinet Secretary Mutahi Kagwe, of the new cases, 86 are Kenyans while 12 are foreigners with 82 being male and 16 females. The youngest is a ten-year-old child, while the oldest is aged 85 years.

52 patients have recovered from the disease, 23 from the Home-Based Care Program, while 29 have been discharged from various hospitals. The total number of recoveries now stands at 83,907.

Eight patients have succumbed to the disease bringing the cumulative number of fatalities in the country to 1,763.

A total of 471 patients are currently admitted in various health facilities across the country while a further 1,408 are on Home Based Isolation and Care.

25 patients are in the Intensive Care Unit (ICU), 14 are on ventilatory support and 11 on supplemental oxygen while one patient is under observation.

An additional 16 patients are on supplementary oxygen with 13 admitted in general wards and 3 in the High Dependency Unit (HDU).