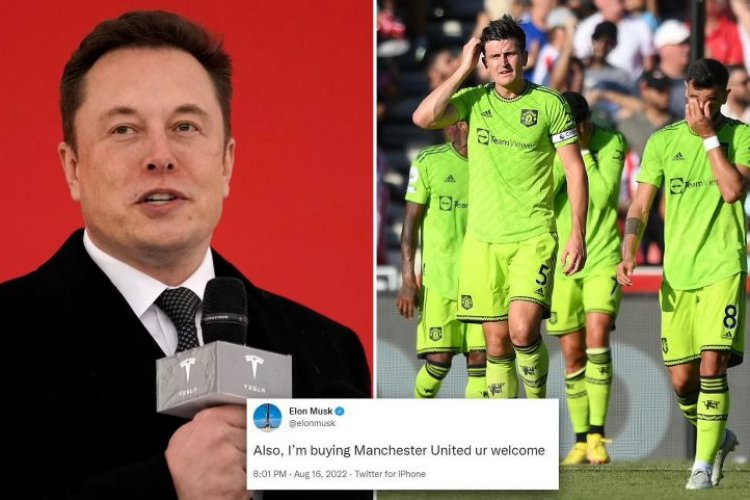 Tesla billionaire Elon Musk briefly electrified the debate about the future of Manchester United by claiming on Twitter that he is buying the struggling Premier League club – before saying that the post was part of a “long-running joke”.

He did not make clear his views on new coach Eric ten Hag’s controversial insistence on passing out from the back, or whether unhappy star striker Cristiano Ronaldo should be allowed to leave, but he did say that if he were to buy a sports team “it would be Man U. They were my fav team as a kid”.

With the team rooted to the bottom of the league after a humiliating 4-0 away defeat to Brentford, the outspoken entrepreneur’s tweet offered hope – however –briefly – to fans who want to see the back of current owners, the Florida-based Glazer family.

Musk has a history of making irreverent tweets, and he later clarified the post by saying he was not buying sports teams.

According to Forbes, Manchester United is said to be worth around $4.6 billion. Amid fan protests last year, the Glazer family reportedly set an asking price of around $4 billion. The family bought the club in 2005 for more than $956 million.

Read More  THE WORLD OF PAIN