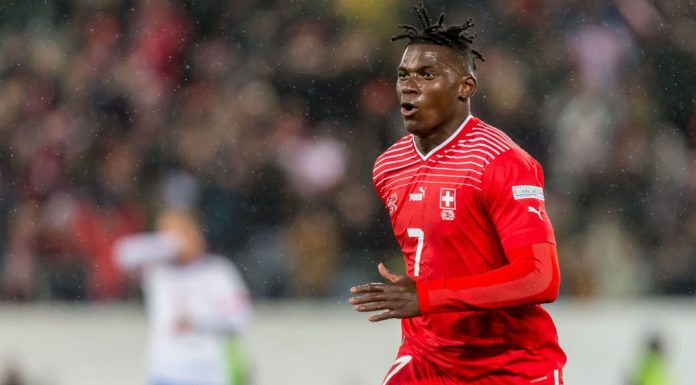 Swiss forward Breel Embolo will start against his native Cameroon in their World Cup Group G opener at Al Janoub Stadium in Qatar on Thursday, while the Indomitable Lions will look to Napoli’s Andre-Frank Zambo Anguissa to boost their playmaking abilities.

Embolo, who was born in Cameroon’s capital Yaounde, lived in France and later relocated to Switzerland, is playing in his second World Cup, having helped the Swiss reach the round of 16 at the 2018 tournament.

Starting Swiss goalkeeper Yann Sommer, one of the four selected for the tournament due to injury concerns, was deemed fit enough to start despite sustaining an ankle injury while playing in the Bundesliga last month.

Cameroon’s Zambo Anguissa was rewarded by Napoli with a contract extension earlier this month after recording three goals and six assists in 18 appearances in all competitions this season.