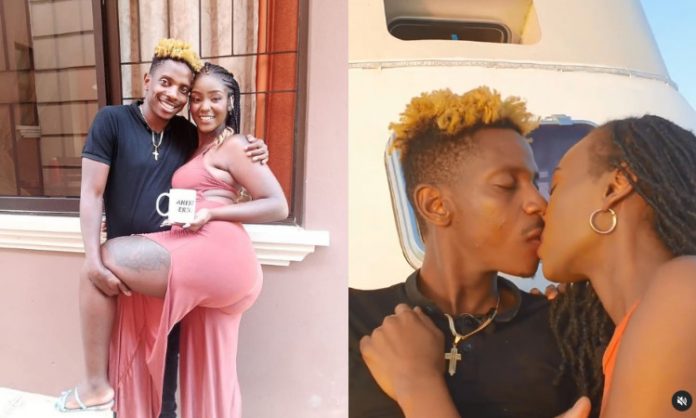 Controversial teenager Shakilla Tiffany took 2020 by its horns and literally flew away with it! After playing a key role in rhe Reality show Wife Material, she claimed that she was pregnant for comedian Eric Omondi. – By Stephanie Mwangi.

And even though she wished him and Caroline all the best in their marriage she vowed to not let her kid be raised by the streets and in the streets. Since she calls herself queen of the streets.

But hey!! Any publicity is good publicity.

She went on to her social media to reveal ultra-scan reports and images and according to the report Shakilla is 3 weeks and four days pregnant.  Eric clearly did shoot his shot

The question remains whether it is true that she is pregnant or it is just a game. But she is very happy being pregnant which is shocking because she still a teenager