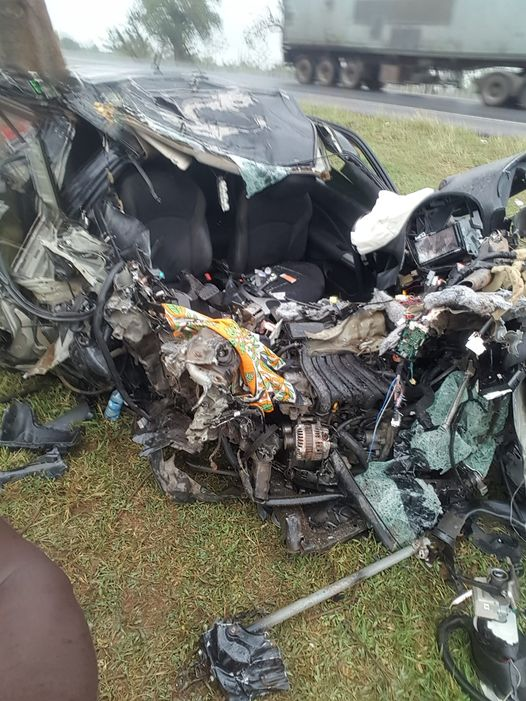 Three members of a family have died after a car collided with a trailer at Manyanya area in Kibwezi, Makueni county.

According to witnesses, a personal vehicle; Nissan Juke lost control and collided head on with an oncoming trailer, killing all 3 occupants of the car.

The 5am accident caused a snarl up spanning over 3 kilometers, but was managed by police officers who were at the scene.

The three bodies were taken to Makindu Hospital and the vehicles towed to Makindu Police Station.

Drivers have been urged to exercise caution while driving in the rainy weather.