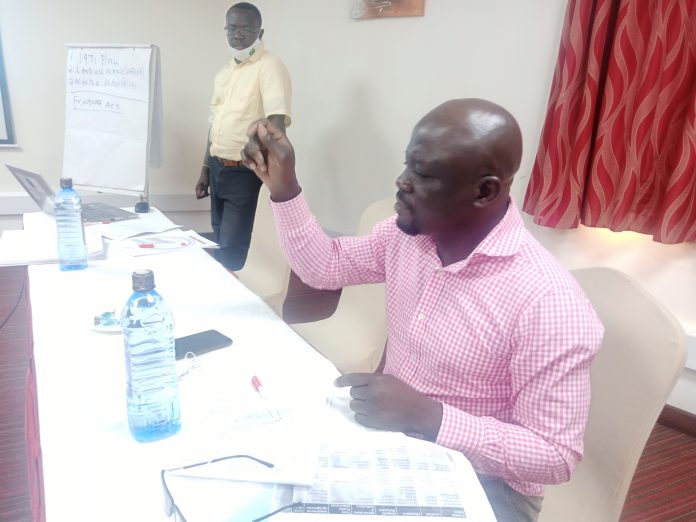 Likoni residents in Mombasa County want Coast MPs to fast-track the Wakfu Bill terming it as a remedy in addressing the challenge of land and housing in the sub-county.

The residents said the issue of tenants at will is rampant calling for an urgent redress.

The locals said, the problem has been complicated further by the issue of absentee landlords saying it is not only rampant in Mombasa County but the entire Coast region.

Addressing journalists in Mombasa during a dialogue forum on housing the locals promised to engage Likoni MP Mishi Mboko to facilitate the tracking of the bill.

One of the locals, Shamim Juma said there is a need for the region’s lawmakers to facilitate the tracking of the Wakfu Bill appealing to the county government to conclusively address some of the critical challenges facing Likoni sub county residents.

Ms Shammim cited water and poor drainage systems as some of the challenges facing the sub county.

“The county should address the problem of water shortage. The revenue charged by the county is sh1800, which most people cannot afford,” said Ms Shamim

Mr Obonyo said the  bill will address the problem of housing within the county.

“They have promised to engage the area legislator Mishi Mboko to facilitate the tracking of the Wakfu Bill.

He notes that constitutionally citizens’ possess legal rights to question the validity of any development project within their areas.

“It is your right to source for information from public offices. You can do this by writing memos and submitting them to the relevant offices so that your issues can be factored in,” he said.

Timbwani Ward Administrator Stephen Ochieng said it is the responsibility of civil servants to source for information from public offices.

“Most of the residents affected are from plot no 203. The county government is committed to ensure citizens acquire land titles.

Ochieng cited congestion of houses and poverty as some of the teething challenges facing Likoni sub county residents.