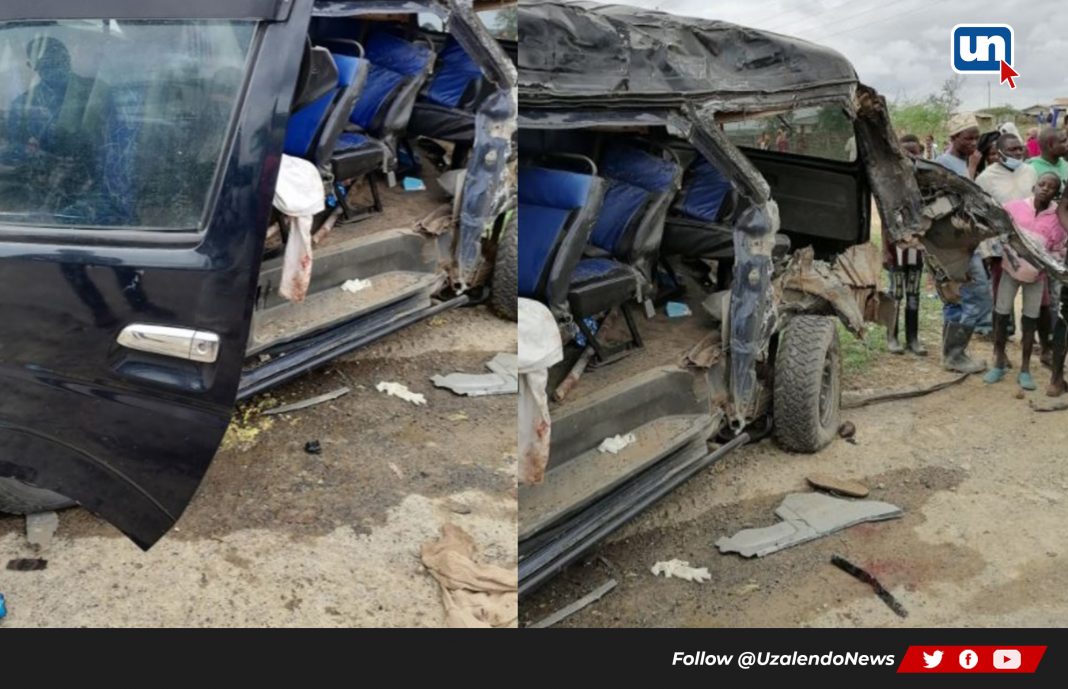 Five people have died after a hearse collided with a tractor at Mariakani on the Kilifi-Mombasa highway, injuring five others.

The hearse was ferrying mourners from a funeral in Kitui town, while the trailer was headed in the opposite direction towards Mariakani.

Two people are said to have died at the scene of the crash, while three others died in the Mariakani hospital as a result of their injuries.

The wounded is taken to the Mariakani hospital for treatment.