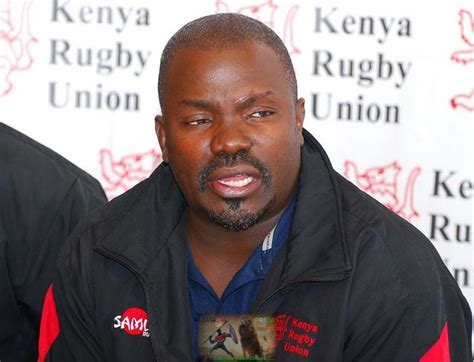 He will be responsible for developing the Kenya rugby league technical structures in all levels from grassroots, community and club rugby.

The 43-year-old’s mandate will also include formulation of high performance plan for players, coaches, referee and affiliate clubs.

Ayimba is an accomplished Rugby coach of both the short and full version of the game. He boasts of immense wealth of experience of over 15 years both as a player and in the coaching units.

” After a long walk in what seemed like ages, we are now able to play a spot that suits the Kenya rugby footballer and give us a real chance at the World Cup,” Ayimba said.

As a player, Ayimba has turned out for both local and international clubs with a two season stint in the United Kingdom.

Kenya Rugby League Federation Chairman Nyakwaka Quicks said ‘‘acceptance of Ayimba as the Technical Director is a big motivation and a big asset for rugby league owing to his achievement in the sport. We are confident he will establish effective technical structures for clubs and partners.

Kenya rugby league is strengthening its Coaching and Technical units, in readiness for its league kick-off and maiden international Test match, later in the year.