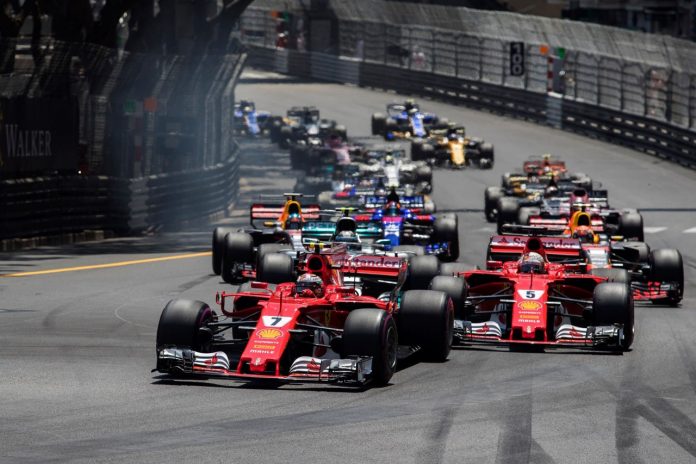 The 2020 Formula 1 season will get under way next month as the first eight races were announced today.

The first two rounds of racing will be held in Austria in July on consecutive weekends at the start of the month.

The Hungary Grand Prix will be held on July 19th before two races will take place in Great Britain.

The first will be from July 31 to August 2 with the second the following week of August 7 to August 9.

Races will then head to Spain, Belgium and Italy with further events set to be announced in the coming weeks.

Racing was due to start in Australia in March but the coronavirus pandemic put a halt to all Grands Prix for the foreseeable future, like most sporting events around the globe.

Plans are now in place to hold the first eight in Europe with all races expected to be staged behind closed doors with a minimum number of team personnel at the circuits.

A statement said: “Formula 1 has been working closely with all partners, authorities, the FIA and the ten teams to create a revised calendar that will allow a return to racing in a way that is safe for the communities we visit and the entire Formula 1 community

“Due to the ongoing fluidity of the COVID-19 situation internationally, we will be finalising the details of the wider calendar and hope to publish that in the coming weeks with an expectation of having a total of 15-18 races before we complete our season in December.

“We currently expect the opening races to be closed events, but hope fans will be able to join our events again when it is safe to do so.

“The health and safety of all involved will continue to be priority number one, with Formula 1 and the FIA having a robust and detailed plan to ensure our races maintain the highest level of safety with strict procedures in place.”

There had been question marks over Silverstone’s place on the calendar due to concerns over a quarantine program due to be introduced by the UK Government, impacting travelers arriving into the UK from Lewis Hamilton won last year’s Formula One championship

However, elite sports events are set to be exempt from the quarantine period, enabling racing to go ahead at the Northamptonshire circuit.

Formula One chairman Chase Carey said: “We are pleased to be able to set out our opening eight-race calendar today and look forward to publishing our full calendar in the coming weeks.

“I want to thank every promoter and partner for their support and ongoing commitment to Formula 1.

“While we currently expect the season to commence without fans at our races we hope that over the coming months the situation will allow us to welcome them back once it is safe to do, but we know the return of Formula 1 will be a welcome boost to sports fans around the world.”