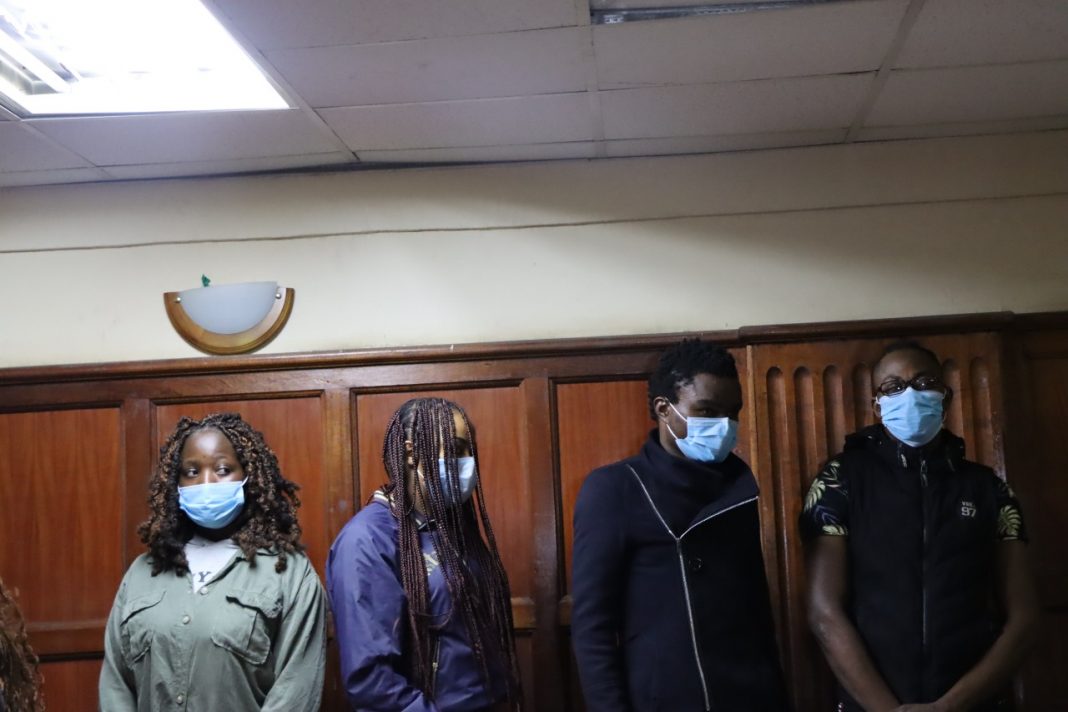 Four Suspects were arraigned in court and charged with Robbery with violence which is a Capital offence.

According to the report, the said complainant while driving his car along second parklands Kusi Lane at around 2:00 pm was accosted by the accused persons armed with a gun.

The accused persons forcefully entered into his vehicle and forced him to drive into an apartment where they stripped him.

The four struggled him in an attempt to discover his bank account pin. The resistant victim gave in to the torture and he disclosed the pin after which the criminals withdrew Ksh 444,000 from his bank and stole Sh 7,000 in cash from his wallet.

They, later on, released the victim and ordered him to vacate the crime scene immediately.

Appearing before Magistrate Bernard Ochoi of Milimani Law courts, the four accused persons denied involvement in the robbery and were released on a Bond of Ksh 1m or a cash bail of Ksh 500,000.