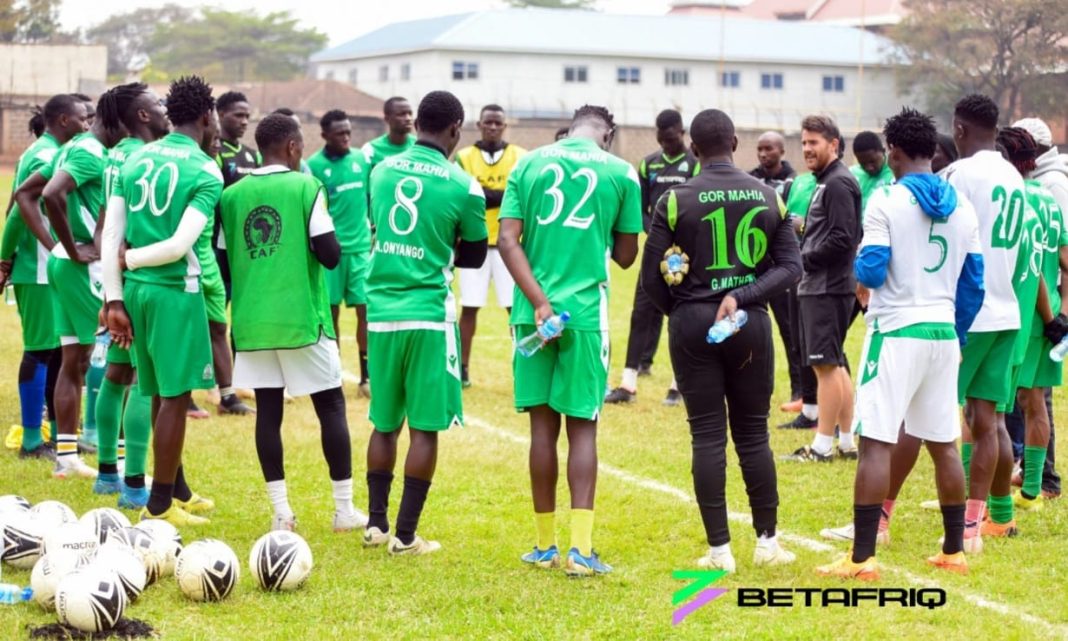 Gor agreed to enter a three-year long deal with the sponsor who is making a comeback to the top flight after three years in the cold.

The firm bolted out in 2019 citing unfavorable business environment triggered by the taxes imposed on betting firms.

Since the exit of the firm that also advanced money to to the league body and AFC Leopards through the partnership they had, Gor have been struggling to make ends meets with players downing tools regularly.

The exit, has in the past been attributed for the club’s dwindled performance as they have watched Tusker dominate in the local league in the past two years.

Speaking during the unveiling ceremony held on Friday evening, Gor chairman Ambrose Rachier expressed optimism that the partnership will be smooth in the next three years.

“We are pleased to have them back and we are looking for a fruitful partnership all through the contract period,” he said.