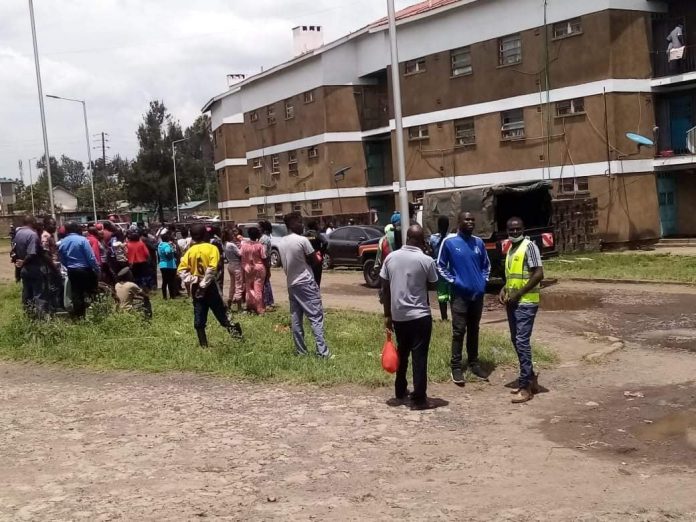 A civil servant attached to the Ministry of Interior Coordination was found dead alongside her son and a man inside a Jogoo Road Government Quarters building. – By Gerald Gekara.

According to neighbours’ accounts the family had not been seen since Sunday, February 21. However, they did not raise an alarm over the same.

However, the boy’s school made a call to his father, asking why he had not been seen in school.

Efforts to reach the woman were futile, prompting him to visit the home where he encountered the horrific scene.

The police say the woman and her son were found decomposing in their bedroom while the boyfriend’s body was found in the bathroom. His legs and hands tied.

“A woman, her child, and boyfriend were murdered at Jogoo Road Government Quarters, opposite Shell petrol station/St. Stephens ACK Church. The woman was working at the Registrar of person office, Mathare.” a police report indicated.