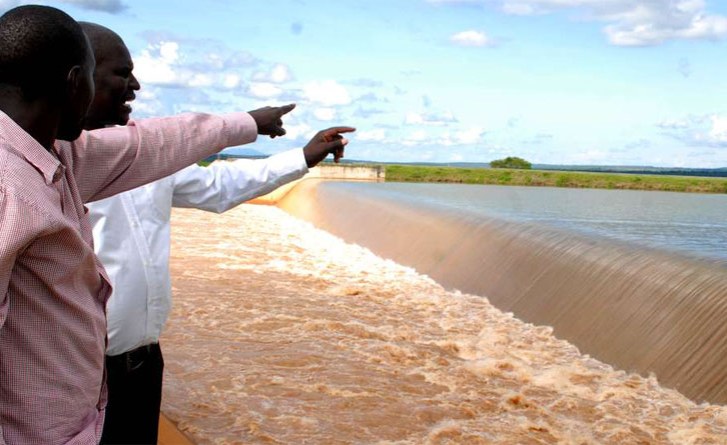 The government has raised the Flood threat level, after it was reported that water levels in Masinga Dam have reached their highest levels since it was built in 1981.

According to the Tana and Athi Rivers Development Authority (TARDA), the dam was built to hold a maximum of 1,056.5 meters of Water. Due to the torrential rainfall, water levels have increased to 1057.86 meters.

While addressing the media, Energy Cabinet Secretary Charles Keter urged residents living downstream to move to upper grounds as the dam is scheduled to release the flood gates inorder to prevent the dam from collapsing.

Interior CS Fred Matiangi says the government is coordinating with county governments inorder to facilitate the evacuations of locals inorder to avert the danger downstream.

Masinga dam serves as Kenya’s main source of hydroelectric power, as it pumps Its average annual generation is between 128 and 232 Gigawatts depending on the water flow of the Tana River.