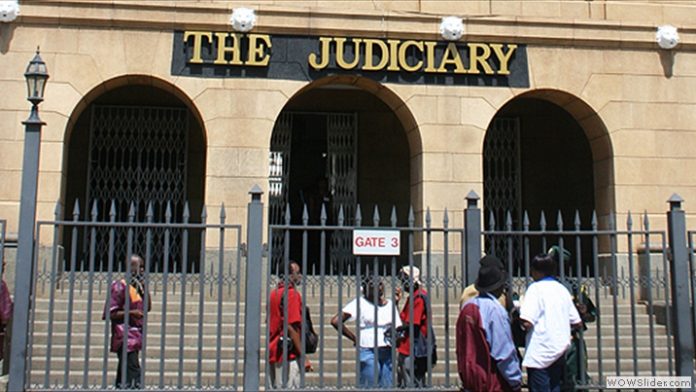 The high has restricted the national treasury from implementing the new judiciary budget.

Justice Jame Makau issued the orders after the Law Society of Kenya sued the National Treasury and the Attorney General protesting the judiciary budget cut.

“National Treasury CS and his agents restrained from implementing circular No.14 A dated 24 September or issuing any other unwarranted directive with the same effect on the judiciary budget.”Read the order

The judge further asked the Judicial Service Commission to provide a report on how the budget cut has affected the dispensation of justice so far.

LSK lawyers had sought an order to restrain CS Ukur Yattani and his agents officers or any persons from further interfering with the Judiciary budget duly approved by the National assembly as provided for in law.

Yattani had issued a directive in September proposing budgetary cuts on recurring and development expenditure budget of up to 50 percent in the judiciary.

The directive was issued through a circular to all public agencies with measures set to be implemented including a ban on the use of government vehicles outside working hours, bring to a standstill benchmarking tours and limiting delegation travelling with senior government officials.

According to Yattani, the move is meant to cut cost to save up for the implementation of the big four agenda.

Judge Makau directed the LSK to serve the respondents with the petition.