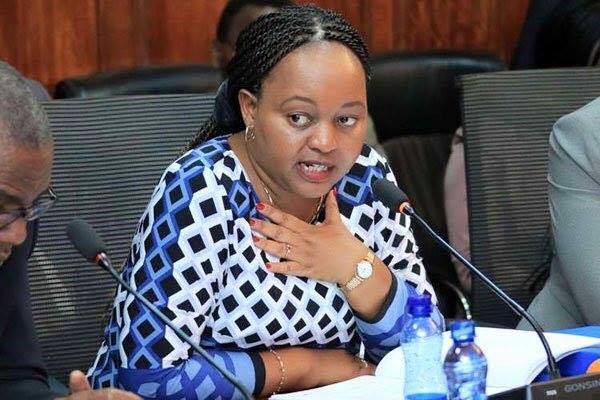 Chaos erupted at Kigumo market when rowdy group of people heckled Waiguru while she was speaking at the launch of the market.

Trouble started when when the Kirinyaga Governor denied area MCA Kinyua Wangui a chance to address the people.

According to Waiguru, the Mutira Ward representative indulged in insults and shaming her, yet she chose not to dwell on any political statements.

The crowd however lashed out at her and began heckling her, up until she gave up and gave out the microphone.

After Wangui managed to address the crowd, and shortly after the meeting, the rowdy group paraded Wangui as the hero of the day.

Waiguru, who is parading the Embrace Kenya team, that seeks to propel Uhuru’s Building Bridges initiative, has been met with criticism from a section of Mount Kenya leaders, who term the move as a threat to their 2022 preferred candidate.

The Kirinyaga governor is also under fire from the State’s second, Deputy President Ruto, for what he termed as ‘tribalistic’ politics.