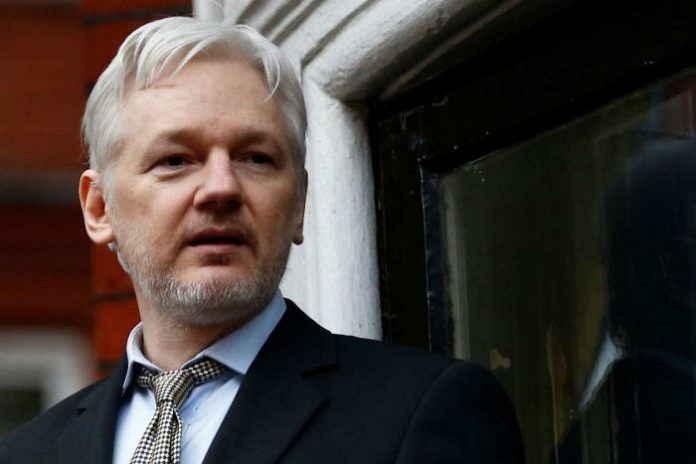 He faces the threat of being seized in a raid by British authorities on the Ecuadorian Embassy in London, or the moment he steps out the Embassy door. The United Kingdom is compelled to act to fulfil its obligations to Sweden and extradite Assange to face possible charges of sexual assault. Assange doesn’t want to go to Sweden as he fears that he will be taken from there to the United States because of his involvement in the release of classified documents on Wikileaks. Ecuador, Britain, Sweden, the United States – all have an interest, and all have legal rights and obligations, in the treatment of Assange. And this all arises irrespective of the fact that he is an Australian national.

The international jostling around Assange may well raise questions as to the relevance of nationality in a globalised world. Instead, the fact that different countries have legal rights and obligations in relation to Assange has underlined the importance of territorial boundaries and state sovereignty.

Ecuador is insisting on the inviolability of its embassy, as its sovereign representation within the United Kingdom. Sweden is concerned with the prosecution of offences allegedly committed on its soil. The United Kingdom is seeking to adhere to its international obligations when an alleged offender is found within its territory. The United States is concerned about the potential violation of its laws with the release of government documents onto Wikileaks.

Nationality remains important in some respects, but there is a limit to what actions Australia can take because Australian nationality doesn’t mean we can disregard the laws of another country when travelling overseas. Indeed, the Attorney General Nicola Roxon has stated, “What I like to remind the community though is being an Australian citizen doesn’t give your country legal rights to interfere in other processes.” Her comment highlights a fundamental mismatch between community expectations and the legal reality when it comes to the treatment of nationals abroad.

Australia has a right to take up the claim of its nationals when they are injured or mistreated abroad, but it does not have an obligation to do so.

In Hicks v Ruddock, Justice Tamberlin of the Federal Court indicated that Australia may have a duty to consider taking up the claim of one of its nationals. But having to consider whether to do something is still quite different to being required to do something.

It could even be argued under international law that Australia is not yet entitled to take up any claim on behalf of Julian Assange. This right arises when obligations owed to a national abroad have been breached, and it is not clear what rights Assange has had violated at this point in time.

Even if there had been a violation of rights, then Australia’s right to take up that claim may only be exercised when all national remedies have been exhausted. This requirement anticipates that an individual would pursue his or her rights through a country’s judicial system, providing that country with the opportunity to redress any wrong suffered by the foreign national. Assange did not wait for the final verdict before the British courts, or to pursue his rights further before the European Court of Human Rights.

Both Australia and Assange have some legal rights at present, which are based on consular assistance. Consular rights allow for communications between a national and his or her government. The government can take steps to assist a national detained overseas by, for example, providing advice on gaining legal assistance and serving as a conduit of information to the individual’s family. The Foreign Minister, Senator Bob Carr, has indicated that Assange is receiving the same assistance that any other Australian would receive.

What Australia could do politically is quite a different question from what Australia must do legally to assist a national abroad. These points seem to be conflated when criticisms are directed at the government for perceived inaction. Jennifer Robinson, one of Assange’s legal advisors, clearly understands the difference, and has argued that Australia could do more diplomatically and should seek assurances from the United States about any actions it might take against Assange.

These diplomatic interventions are ultimately what might count the most for an Australian who is detained abroad. They appear to have made a difference for people like the “Bali Boy” and Harry Nicolaides who was convicted of insulting the Thai monarchy and, eventually, David Hicks.

But Assange is not the only national in trouble abroad. Members of the Bali Nine, Andrew Chan and Myuran Sukumaran are now dependent on clemency appeals to the Indonesian President to avoid death sentences for drug trafficking; Jock Palfreeman continues to languish in a Bulgarian prison on a conviction of murder with hooliganism despite glaring issues of due process in his trial.

Australians are constantly finding themselves in trouble overseas and turning to their government for assistance. But there is a limit to what Australia is legally required to do.

Ultimately, the diplomatic negotiations that assist Australian nationals happen outside of the media glare, and it cannot always be clear what steps the government takes or what it is prepared to do – until the details are released on Wikileaks.