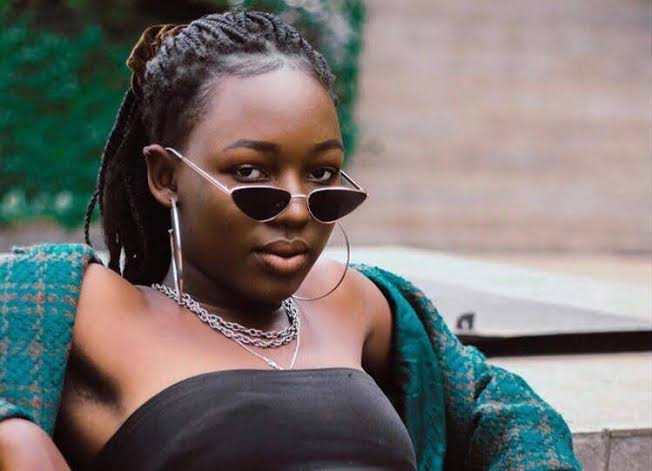 Kenyans on twitter breathed fire on award winning sensation Elsa Majimbo, who claimed she didnt get enough support from Kenyans simply because she had dark skin. – By Stephanie Mwangi

The revelation aired at a interview with renowned model Naomi Campbell dubbed No Filters with Naomi, where they spoke about her life and journey in the entertainment industry.

Elsa said that yes Kenyan is her home but still the same Kenya put her down in terms of lack of support not as she expected compared to other countries.

She also added that there is a lot of colorism and she has been denied so many opportunities because she is dark skinned.

“Here , it’s a place where there is a lot of colorism .light skinned people are given more opportunities and they are made to feel like they can succeed more .it happens all the time and I was made to feel just because I was darker ,I was maybe less pretty and I had fewer chances of succeeding “. Said Elsa.

Elsa has made a name for herself not only locally but globally she has even won several awards and featured in various international media stations such as Forbes.

She even got an endorsement from Rihanna’s Fenty fashion line.

Many people disagreed with her when she said she faces colorism in a black nation, “how would they hate a dark skin when their own skin is dark skin and there is no way she would receive hate because of her skin…”.

Many prominent Kenyans who are dark-skinned have spoken of how they have been discriminated because of their color.