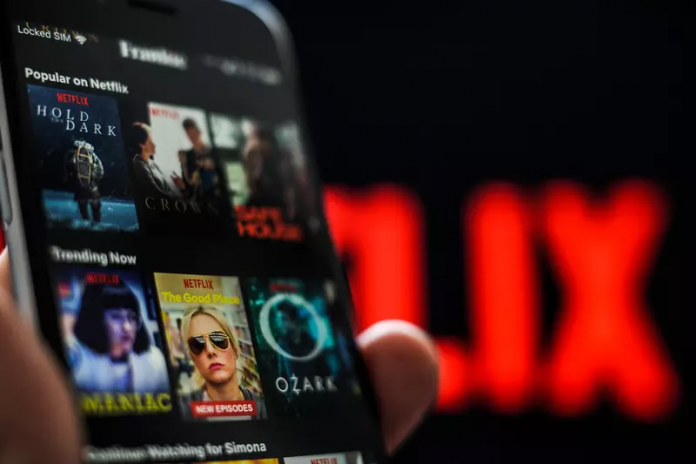 No single film dominated the 2019 Academy Awards as in some years, but arguably Netflix emerges as the winner. It entered the awards as an outsider and won in some of the most important categories. With 15 Oscar nominations, Netflix achieved as many nominations in 2019 as in the previous five years added together.

The Netflix film Roma was nominated for 10 awards including best picture, best director, best foreign language film and best cinematography, and went on to win the latter three. For the first time, a film distributed by an online streaming provider has won the industry’s highest accolade.

Behind the polite plaudits and acceptance speeches there are bitter feelings within the mainstream film industry on whether Netflix merits this level of recognition. John Fithian, president of the National Association of Theater Owners, articulated this reticence when he said: “for filmmakers who want to go to Netflix, they are kind of selling their soul – the pot of money versus how they know a movie should be seen.”

Roma’s success is the latest beachhead in the ongoing march of Netflix as a serial disruptor in the entertainment industry. In the late 1990s the company famously disrupted the video and DVD rental business through an online subscription model with rented titles distributed by post. Its tenacity in sticking to this model saw Netflix dispatch rental industry leader Blockbuster, which closed in 2010.

Next in line were television broadcasters, which Netflix took on through its online streaming service once broadband internet speeds allowed it. This has fuelled the unprecedented speed of the company’s international expansion, transforming Netflix from a content aggregator to a producer of high-quality content, now posing a major challenge to mainstream broadcasters and encouraging many “cord-cutters” to cancel the cable TV subscriptions once seen as essential. It has also driven fundamental changes in viewing habits, ushering in the generation of “binge-watchers”.

But the success of Roma at the Oscars was not a happy accident. It was the result of the same single-minded determination that has driven Netflix’s previous industry disruption. The film was the ideal weapon to seek an Academy Award. It had a director and producer with strong track records and previous awards and its black-and-white arthouse style offered only limited appeal to mainstream cinema audiences anyway. Netflix even compromised on its long-held day-and-date strategy, which requires its programming to be available in all regions at the same time in order to meet the qualifying criteria of the Academy (which requires that a film has some degree of cinema release). It also commissioned the Oscar campaign veteran Lisa Taback to promote the case for this movie with Academy members.

Keeping up the momentum

But Netflix now faces stark commercial realities. The company’s share price has risen over 20-fold and its revenue has grown from US$3.5 billion to US$16 billion since 2012, but by 2018 the company had long-term debt of over US$10 billion. And this excludes the additional US$19.3 billion needed to secure the rights to content Netflix intends to stream in the future.

The sheer volume of content that Netflix subscribers now expect is expensive to sustain, with production budgets estimated to be in the region of US$13 billion this year. This puts pressure on free cash-flow which will inevitably remain negative for the foreseeable future.

If Netflix is to service its mounting debt burden and remain sustainable, it needs to accelerate new subscriber growth and increase the revenue subscribers yield. This will be necessary in the face of aggressive competition from other established streaming players, such as Amazon, Hulu or HBO, and to stay one step ahead of new entrants such as Disney and Apple, which come equipped with very deep pockets.

This will not be possible if Netflix continues to be seen as merely an alternative delivery channel for viewing content that would otherwise be available via broadcast television. Instead, Netflix wants to be recognised as the premium channel through which high-quality content may be viewed. The hope is that it will therefore be perceived by the market as being at least equivalent – if not superior – to cinemas as somewhere to watch the latest movies. Achieving such a shift in consumer and producer preferences would disrupt the established industry business model of giving cinemas precedence for latest releases.

Even were Netflix to achieve this, past precedent suggests that we should not expect the company to be satisfied. The company makes no secret of its view that it sees itself in competition with all other users of leisure time and leisure dollars. Its focus on enticing subscribers to further increase their viewing hours at the expense of other activities is unlikely to diminish.

However, the question remains whether whether Netflix can navigate its financial challenges and battle the competition that seeks to thwart its extraordinary march of disruption. Media mogul Barry Diller has already concluded that Netflix has won and that “Hollywood is now irrelevant”. Perhaps, but we can expect many more episodes of Netflix as serial disruptor to play out before we know for sure.