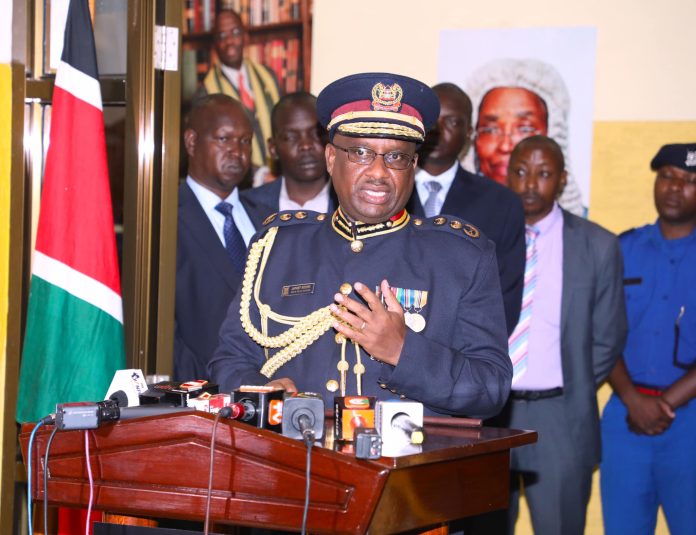 Japhet Koome, the Inspector General of Police, has given criminals a one-month ultimatum to surrender their illegally obtained firearms to the authorities.

Koome urged the criminals terrorizing Kenyans in various parts of the country to surrender their weapons before they are dealt with.

Koome, speaking after a lengthy meeting with Nairobi County Governor Johnson Sakaja, stated that they have devised a strong mechanism to combat the city’s rising crime rate.

“We have agreed in our meeting to give these young people in possession of guns one month. Surrender to the police that gun you are illegally holding,” Koome said.

“Whoever is threatening Kenyans’ peace will be dealt with by our well-trained officers.”

As one of the strategies to deal with the vise, Koome and Sakaja announced the formation of a county policing authority.

At the same time, Koome denied that a slowdown in the service was the cause of the overall increase in crime in the country.

Even in the cattle-rustling-infested North Rift region, the new police chief promised that it will not be business as usual.