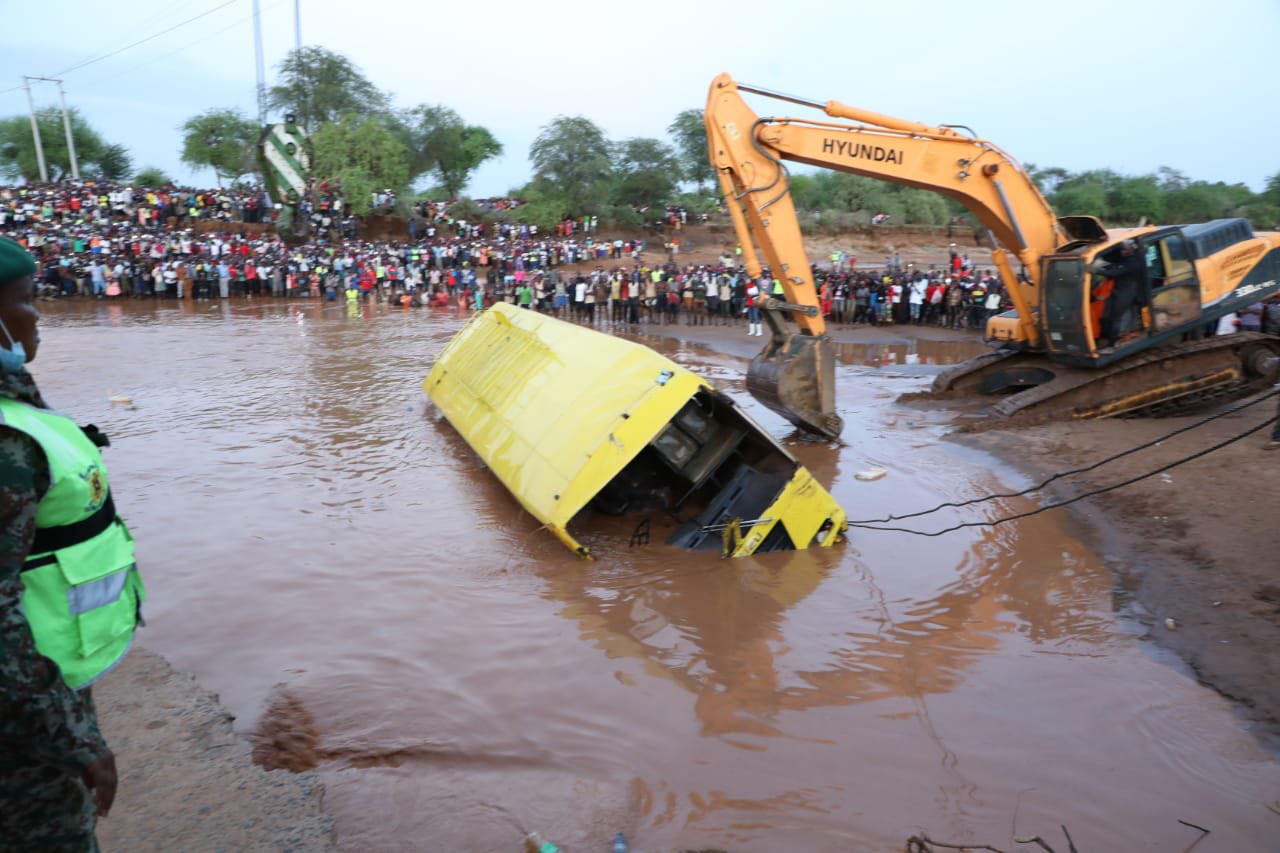 The St. Joseph’s School bus wreck has been pulled out of the angry River Enziu.

On Saturday, twenty-four people were killed when a bus sank in a river in Mwingi East. A total of 12 individuals were rescued from the raging waters.

The retrieval operation began early in the day, with a team of Kenya Navy divers leading the way.

St. James Good Shepherd Catholic Church in Mwingi, Kitui County, was home to 22 of the 24 fatalities.

President Uhuru Kenyatta offered condolences to the families of those who died in the Mwingi bus accident on Saturday when the bus they were riding in plunged into the Enziu River in Mwingi, Kitui County.

At the same time, the president wished those injured in the terrible incident a speedy recovery.

The scene of the accident remained a bee hive of activity as families held vigil at the Enziu River banks, hoping to be reunited with the remains of their loved ones

The bus was ferrying choir members of the Muithi Museo St. Cecilia Choir to a wedding in Nuu.

Wiper Leader Kalonzo Musyoka led a strong Wiper Party contigent to the site of the accident.