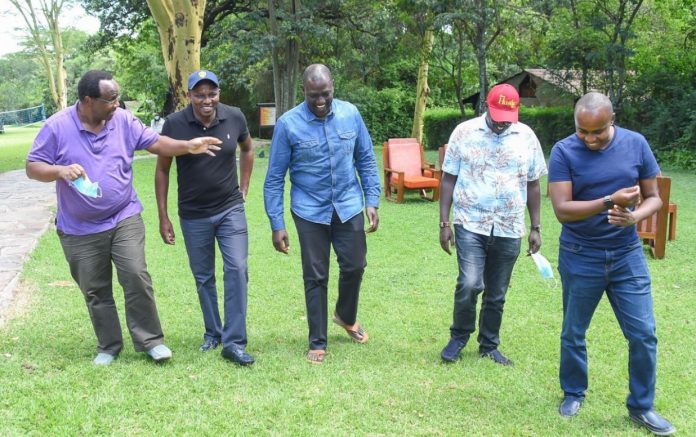 A meeting roping in leaders in Mount Kenya has sparked speculations over what the Deputy President William Ruto is cooking, ahead of his 2022 presidential campaign.

As part of the deputy president’s continuing attempts to galvanize the central Kenya region, the meeting brought together 16 representatives from the Mount Kenya region drawn from the Senate and the National Assembly.

The conference, disguised as an economic discussion, had all the hallmarks of a 2022 succession battle, with the deputy president among the main political figures fighting to succeed President Kenyatta, who will leave the stage at the end of his presidential term.

The meeting took place against the backdrop of another meeting between Ruto and Raila Odinga, the opposition leader.

Ruto later issued a statement on what was discussed in the meeting.

In his three page explainer, the deputy president outlined the role of the 2013 political pact that saw him join forces with several parties that fronted President Uhuru Kenyatta and himself as their running mate.

“The partnership we created in 2012/2013 was premised on two fundamental principles: To transition our country from the shackles of ethnic mobilization, and to make political competition issue-based with tangible and measurable development outcomes.”

“On this non-ethnic, non-regional and non-divisive political foundation, it is absolutely necessary to proceed to a conversation about ordinary Kenyans, the Hustlers – the traders, boda boda, mama mboga, farmers, pastoralists, wheelbarrow, taxi-drivers and mkokoteni owners among others – a new conversation that is not a about leaders, their positions, their ambitions and their private and personal interests.”

With President Uhuru Kenyatta scheduled to retire in 2022, the race is on to find a key successor as the leader of Mount Kenya region.

So far, pundits say no one has stood to contest Uhuru’s might in the region.

With the ban on political rallies still in place, political leaders are set to make land fall in churches to accelerate their agenda.