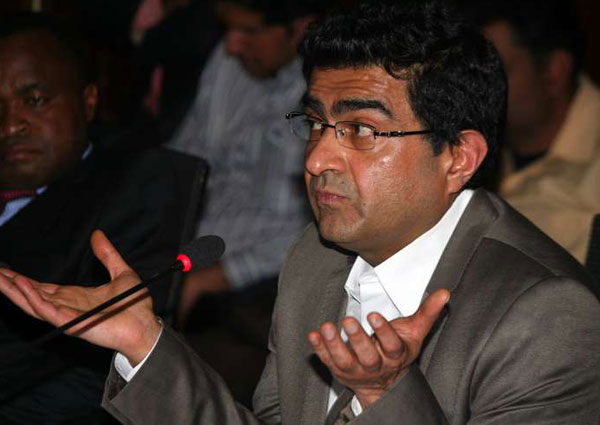 Laico Regency Hotel was constructed using proceeds of crime by the architects of the Goldenberg Scandal. And once the building of the present-day Laico Regency was completed, the thieves had the audacity to charge is as collateral to borrow another Sh.2.5billion from the public coffers.

The shadowy owners of the magnificent hotel trading as Uhuru Highway Development Limited then issued three cheques to the Central Bank of Kenya..two of which bounced.

Welcome to the chronicles of the Goldenberg through which the current huge public debt seeds were planted and watered by officials of then-President Daniel Arap Moi Government.

The conduit was Kamlesh Pattni, probably the only surviving architect of Kenya’s biggest fraud ever. Uzalendonews has seen documents presented to the then Justice Ringera tribunal that investigated how the Grand Regency Hotel was sold to the Libya Government in 2008.

When the Cheques bounced, the Central Bank, then under the leadership of Micah Cheserem appointed Mr. Joseph Kittony as the receiver Manager on 15th April 1994. The CBK got a rude shock when Kittony was removed by Kamlesh Pattni…vide court orders suspected to have been fraudulently obtained.

However, when President Kibaki took over in 2003, a purge on the Judiciary saw the removal of the Goldenberg friendly Judges vide the Justice Ringera purge of December 2004. It is important to note the various Treasury leaders during whose tenure the Golderberg fraud was executed.

George Saitoti The Mathematics professor was in charge when the fraud was conceptualized. He remained rooted in Treasury until 1993. Saitoti is said to have accumulated a lot of wealth during his time in Treasury. By the time he died, he had been cleared of any wrongdoing in the Goldenberg scandal.

But the scars of the fraud haunted him to his grave. He died in a plane crash in Ngong. Musalia Mudavadi He was the minister when most of the unsecured remittances to the Goldenberg chief suspects were paid.

During the Goldenberg inquiry in 2004, Pattni famously claimed that they had Chivas with Mudavadi on a private Concorde flight during which the Goldenberg deal was discussed.