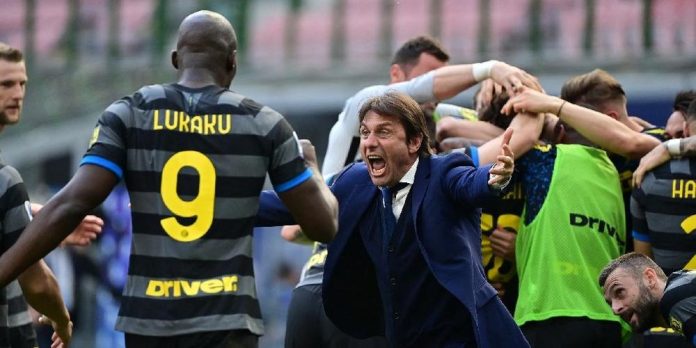 Inter Milan have won the Serie A title for the first time in 11 years to end Juventus’s nine-year reign in Italy.

Conte who started Juventus’s record run – winning the first three titles in a streak that stretched from 2012 to 2020 – took over Inter in 2019 and lifted the trophy after finishing second last season.

“Not even in my wildest dreams could I have imagined that we’d make up this much ground on the team that dominated Serie A for nine years in the space of two seasons.”

Inter are now second for league trophies in Italy, one ahead of city rivals AC Milan’s 18, but still some way short of Juventus’s 36.

The city of Milan erupted into a cacophony of car horns after the final whistle confirmed Inter as champions, with four matches to spare, and fans immediately started gathering in the main square in front of the cathedral to celebrate.

“We can finally scream it, after dreaming of it, after keeping it hidden in the depths of our hearts, after holding on to it like a precious dream that we did not want to waste,” read a lengthy statement on the Inter website.

The Lombardy side had not won Serie A since Jose Mourinho’s historic Champions League, Serie A and Coppa Italia treble in 2010.

Their last trophy was the Coppa Italia in 2011 and they missed out on the Champions League for six seasons before Luciano Spalletti returned them to Europe’s top club competition in 2018.