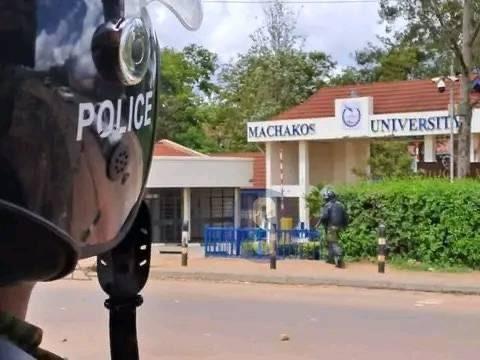 The Independent Policing Oversight Authority (IPOA) has opened a probe into a shooting at Machakos University.

IPOA reported on their official Twitter account that they have deployed a fast reaction team to the location of the crime with explicit orders to acquire all information that may aid in the investigation.

The agency also urged students to remain calm and allow for investigations.

“We appeal to the students and residents to maintain calm and allow the due process of the law to take its course. IPOA remains committed to being independent, impartial and fair,” the statement reads.

According to the Law,”Where error is discovered, the authority shall make recommendations, including but not limited to prosecution,”

The student, who is presently struggling for his life at Machakos level 5 hospital, is accused of being a member of a gang of students that engaged police officers in running skirmishes throughout the most of the day.

Protests erupted at the university after one of the students recently attacked by thugs died while undergoing treatment at Kenyatta National Hospital (KNH).