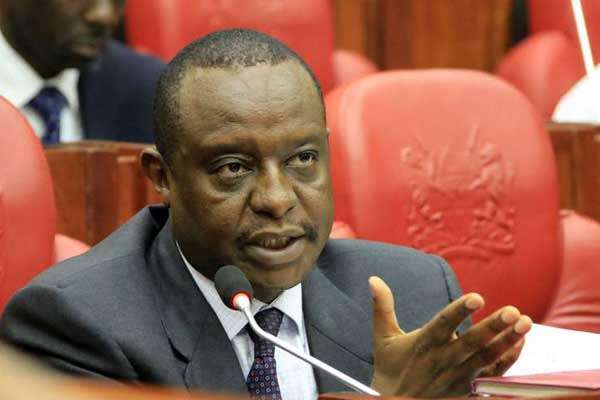 Treasury CS Henry Rotich is currently being grilled by the DCI over the ongoing dam scandal. He is accompanied by lawyer Katwa Kigen

The Minister, until this scandal a close friend of the President Uhuru Kenyatta having served as his adviser during the Presidents stint as Finance Minister could be charged as early as this afternoon.
He is being questioned over land compensation and the ownership of huge tracks of land said to have been acquired for purposes of setting up a compensation fraud.

The well schooled technocratic, if charged will follow in the familiar route of former Ministers Daudi Mwiraria and then Treasury PS Joseph Magari. Both were felled by Angloleasing scandal