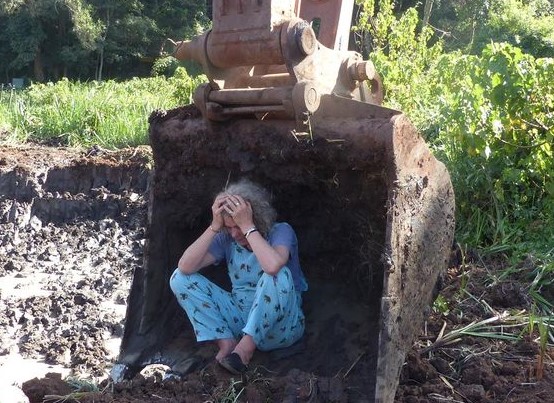 Joanna Stutchbury autopsy was conducted at the Montezuma funeral home by Government pathologist Johanssen Oduor yesterday to establish the cause of death .

She was shot 6 times at close range, 3 times on the head, twice on her right hand and once on her left arm according to an autopsy report released.

“She was shot 6 times, 3 times on the head. she tried to defend herself, to block the bullet. Other than the holes, we saw tattooing, caused by the gunpowder.” the pathologist said.

Government pathologist Dr. Johanssen Oduor further said that the cause of her death was as a result of head injury and excessive bleeding.

DCI detectives are now putting together in detail, every sample collected for the autopsy.

It came to a shock to the family as they discover her body.

But with the postmortem ascertaining how she died, the most important question remains why she died and who had enough motive to kill her?

“We have brought in more specialized detectives it is not possible to divulge further information.”  Dennis Wekesa, DCIO Kiambu said.