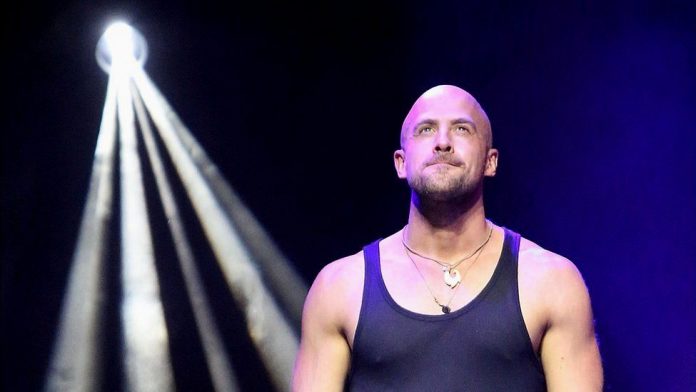 Escapologist Jonathan Goodwin, 42, has been left paralyzed after an accident, his fiancée Amanda Abbington has said.

The Sherlock actress said he nearly died twice after last year’s accident during rehearsals for America’s Got Talent: Extreme.

She said the stunt ace, who appeared in the 2019 season of Britain’s Got Talent, now uses a wheelchair.

He was supposed to escape a straitjacket while upside down 30ft in the air in between two suspended cars.

Instead, Mr Goodwin became crushed between them as they caught on fire.

Ms Abbington, 48, told Jay Rayner’s Out To Lunch podcast: “He fell 30ft and lost a kidney, broke both shoulder blades, shattered both legs.