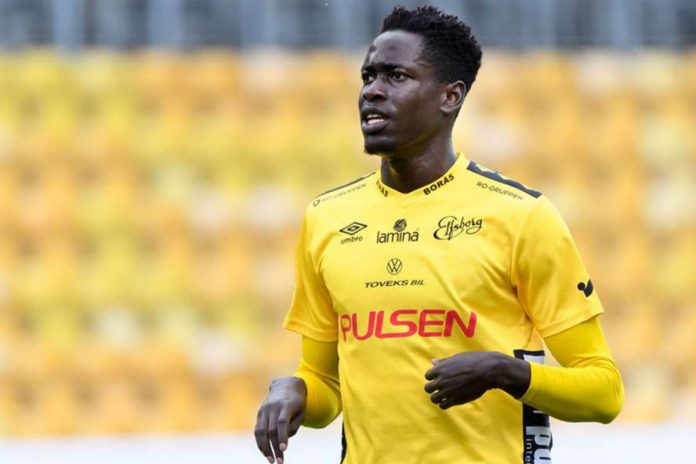 Kenya’s Joseph Okumu could be on his way to the Scottish Premier League this summer. It’s stated that Rangers want Elfsborg ace Joseph Okumu, believing that the Kenyan international could be an ideal fit at Ibrox.

Rangers already have a number of centre backs, but they are bow being linked with signing another.

Okumu has been shining in Sweden, and could now follow in the footsteps of Compatriot Victor Wanyama by becoming a Glasgow hero.

Okumu is heavily linked with the Scottish champions who will play in the 2021/2022 Champions League, next season.

Rangers are in market for a defender to replace Filip Helander, who is being linked with a move to Aston Villa or Leicester City.

Rangers are understood to be willing to pay Sh300m. This means Okumu could become the fourth Kenyan to have played in the UEFA Champions League.