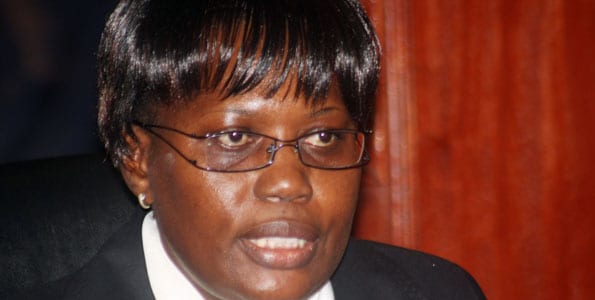 An application by Ukamba Agricultural Institute (UKAI) Ltd directors seeking a case withdrawal was on February 24, dismissed by a high court judge.

“From the foregoing, I find the application lacking merit, therefore, I decline to grant an order for revision of the orders of the trial court declining to allow withdrawal of the case accordingly. The application is dismissed,” ruled Lady justice Mutende.

“The matter herein could be withdrawn pursuant to the provisions of section 204 of the CPC as it is not categorized as capital offence, however, there seems to be two factions who can’t agree on the same. Also, it is mandatory that the court adhere to an application of the withdrawal when made. The court has the discretion to decide as it see fit,” added the Justice Mutende.

The prosecution claims that, with intend to defraud on February 23, 2011, the duo obtained from Melamani Limited through its advocate M/S Otieno Okeyo and CO. Advocates Ksh. 6,000,000 by professing to be in a position to sell a piece of land to Melamani Ltd registered to Ukamba Agricultural Institute.

“On diverse dates between February 16 and August 2, 2011, with intend to defraud, obtained from Hassan Ahmed Abdul Hafedh chairman Dubai Bank (K) Ltd Ksh. 38,100,000 by falsely pretending that you were in apposition to sell him a parcel of land situated within Upperhill Nairobi Area,” read part of the charge sheet.
The state argues that Stephen and Eric stole Ksh. 44,100,000 from the institute’s Co-operative Bank account on diverse dates of August 2, 2011 and February 16, 2018.

It farther argues that the duo being directors of the said Institute failed to make a full and true entry of its accounts, a sum of Ksh. 4,400,000 received from M/S Soita and Saende advocates.
The duo is also said to have transferred motor vehicles owned by UKAI Ltd and NIC Bank Ltd to use of Catina Tours and Cabs Ltd.

On March 28, 2018, the complainant (UKAI) sought to withdraw the case under the criminal procedure an application that was disallowed. The accused were dissatisfied with the court’s ruling and believe that the trial court erred in fact and law in finding that the complainant was the State contrary to settled law on the subject.

However, the state (ODPP) states that money was lost and in the last count the complainant is not UKAi but a public officer and it is reason enough for the withdrawal of the matter to be declined by the court as there are no clear resolutions.

The court maintains that the matter could be resolved out of court but only if it were agreeable to all members and not when it suits a certain group only.