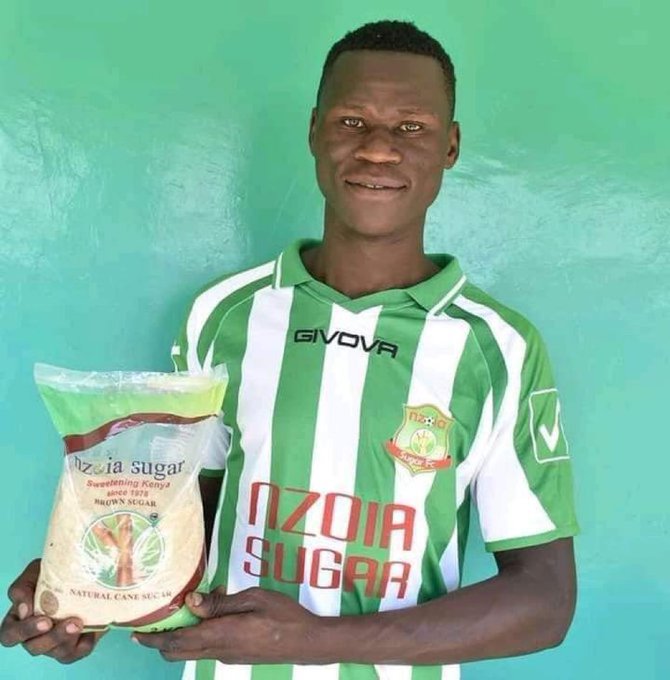 Kakamega Homeboyz have raided Nzoia Sugar for top marksman Levis Okello who was the team’s top scorer last season with nine goals to his name.

Okello had attracted interest from the likes of Tusker FC, Bandari and Nairobi City Stars but has opted to cross over to their Western region rivals, inking a two-year deal with Homeboyz who are still without a coach over a month since Bernard Mwalala left the team.

The lanky striker joined Nzoia at the start of last season after a year in the cold. Prior to that he had turned out for Vihiga Bullets in the second tier.

Nzoia Sugar coach Salim Babu has confirmed that he is in the market in search of a replacement for the attacker and has identified a pair that feature in the Division One league as possible replacements for Okello.

“Okello joined Homeboyz and we are now looking on how to fill that position. There are a number of players who play in that position that we are looking at, there are around two who play in Division One League and I think if we manage to get them we will be good to go,” he said.

The Bungoma based club is set to lose more key players with Kevin Juma, James Kibande and Joseph Mwangi in talks with Tusker FC. Boniface Munyendo could be Ulinzi Stars bound and although he admits that the departures are a blow, Babu believes that they will rebuild and have a competitive squad.