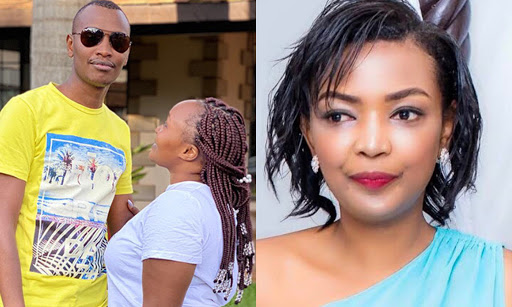 City lawyer has finally apologized to Samidoh’s wife Edday Nderitu this comes after Samiddoh confirmed his involvement with the lawyer that led to the birth of their son Sam Muchoki Jnr. – By Stephanie Mwangi.

Karen went on to say that she has never met Samidoh’s wife but she has been involved in some of her projects even helping her secure a 9 million tender.

“I have never met his wife but we spoke sometime last year, now she is serving a 9 million tender which me and Samidoh’s brother sat down and did all the document work, until she got the tender so is that a woman I am fighting?”  she went on to say  “ I am not a home wrecker I can tell you all the things I have done ,on the contrary build my baby daddies home and if I say here he will be angry because it’s not fair to expose some things ,”

I was angry yesterday but he knows I have always supported his wife because you can meet a woman who really want to get married who is going to work and push your wife out ,but I am not that kind of person juu ata ukiacha bibi yako mimi sikuji kukaa kwako you will have to find another wife.”

Am not a home wrecker these things happen to each and every one of you, it’s only that I am in the limelight.”