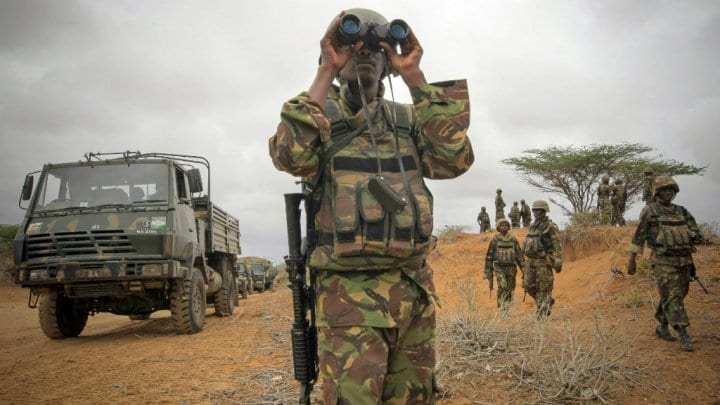 A Kenya Defence Forces soldier was on Tuesday injured following an attack by Al Shabaab criminals.

The criminals attacked the KDF patrol vehicle occasioning injury to five other soldiers.

KDF said the group was operating under Operation Amani Boni while on routine patrol between Milimani and Baure in Lamu County when they encountered an IED attack orchestrated by suspected Al Shabaab terrorists.

The injured army man was airlifted to Nairobi for specialized treatment.

Spokesperson Col Esther Wanjiku said KDF will continue to work with other agencies in maintaining operations in the Boni enclave. This happens after a long lull in the area from similar incidents.

In May this year, a similar incident led to the loss of at least four soldiers.

The area is near the Kenya-Somalia border, which has been under attack by terrorists in the past months.