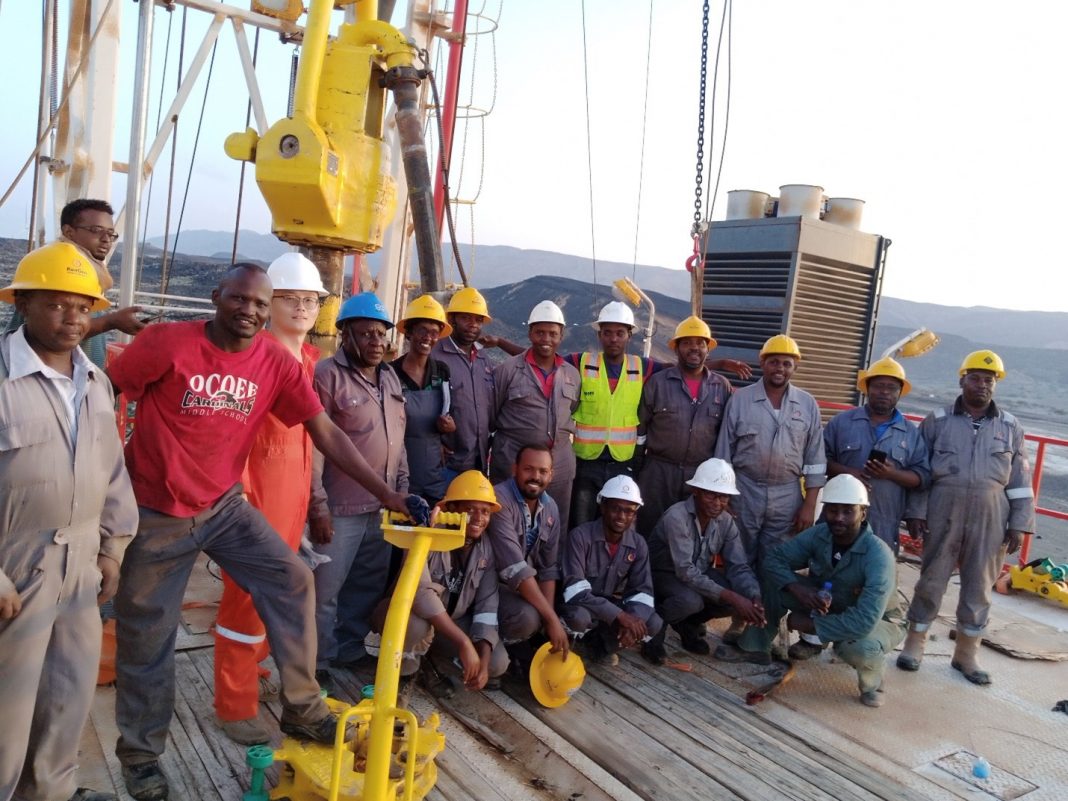 Kenya Electricity Generating Company (KenGen) PLC has commenced drilling of the first of three geothermal wells in Djibouti setting in motion a Ksh.0.7 billion contracts signed in February this year.

The drilling of the first well is expected to take about two months to complete as KenGen seeks to export the expertise and experience earned in Olkaria, Naivasha where the company has successfully drilled about 320 geothermal wells.

The CEO said KenGen had assigned a highly specialised multiskilled team to the project in the Horn of Africa country comprised of mechanical Engineers, Drilling Engineers, project managers, drillers, cementing technicians and specialized welders among other key professionals in the geothermal development value chain.

With the drilling rig set up, KenGen is set to commence drilling of three geothermal wells for Djibouti Office of Geothermal Energy Development (ODDEG) over the next few months.

ODDEG Project Manager, Abdirasak Omar Moumin exuded confidence that KenGen would deliver the project as planned, adding that the Djiboutian team was looking forward to acquiring new knowledge from the Kenyan NSE-listed firm.

The Djiboutian venture is part of KenGen’s ambitious diversification strategy, in which the company is seeking to acquire new revenue streams by offering commercial drilling services, geothermal consulting and other related services across Africa.

This is the third mega geothermal drilling contract that KenGen is implementing in Africa. In October 2019, the company secured a Ksh.5.8 billion contract to drill 12 geothermal wells in Ethiopia.

In February 2019, KenGen won a contract to drill geothermal wells for the Ethiopian Electric Company (EEP) in Aluto-Langano, Ethiopia.

The contract is for the implementation of drilling rigs and accessories as well as rig operation and maintenance for drilling geothermal wells. It is financed by the World Bank through a loan to the Ethiopian Government.

Last week, KenGen announced that it had completed drilling the deepest geothermal well in the Aluto-Langano project reaching a depth of 3,000 meters, surpassing a target of 2,750 meters.

Kenya is Africa’s number one geothermal energy producer and among top 10 in the world with an installed capacity of 863MW with KenGen contributing about 713MW. The country has an estimated potential of 10,000MW along the Rift Valley.