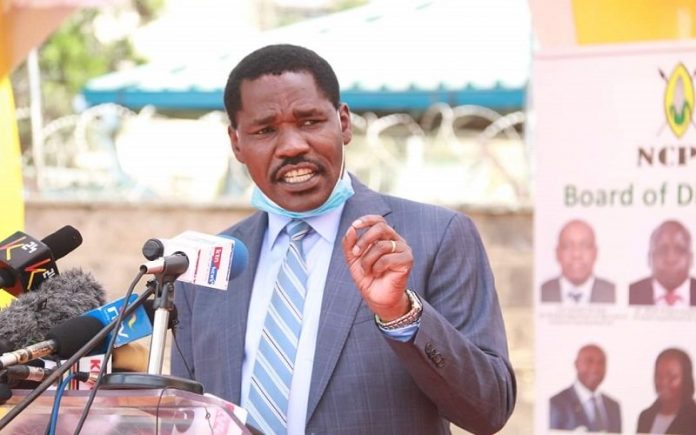 The government will open lease bids of five State-owned sugar mills on Tuesday, July 4, a day after expiry of an International Expression of Interest (IEOI) advertised nearly a month ago.

The government wants to identify and finally secure only those investors who are serious and worthy to partner with in the revival of the sugar industry in Kenya, Munya said.

Munya rubbished claims of an impasse between the National Government and governors in the sugar belt adding that the ministry “has had excellent consultations with the devolved units.”

The CS, at the same time, has called upon Sugarcane Growers and Millers Association to register with AFA in order to give them formality and visibility.

The requirement is among recommendations by the Sugar Taskforce Report to stabilise the sugar industry and covers all aspects of registration of growers, out growers’ institutions as well as millers and their umbrella bodies.

Munya warned of vested interests that benefit from a chronically weak sugar sub-sector and who won’t be happy with the reforms now underway, but noted that a prosperous sugar sector will withstand any short run pain some stakeholders may experience.

He also directed that a shortened, consumable version of the regulations be produced in form of guidelines for stakeholders to promote awareness in the sector, adding that no sugar will be imported or exported outside the framework of the regulations going forward.

President Uhuru Kenya, in February, launched a report on comprehensive reforms in the sugar sub-sector by the Sugar Taskforce and whose implementation began immediately.

Munya said full implementation should be achieved by February 28, 2021 as set out in the Crops (Tea Industry) Regulations, 2020 which came into force on May 22, 2020 having gone through all the necessary processes, including stakeholder consultations and public participation. These are some of the many measures the government is carrying out to reverse the dwindling fortunes of the tea sector and improve the entire value-chain,” he said.

Munya urged all players in the value-chain to work together with the government in the critical reforms, saying tea is too important a sector to be left to cartels and middle-men. That cannot be achieved under conditions of poor governance and systemic unfairness,” Munya said and urged Parliament to expedite the Tea Reforms Act.