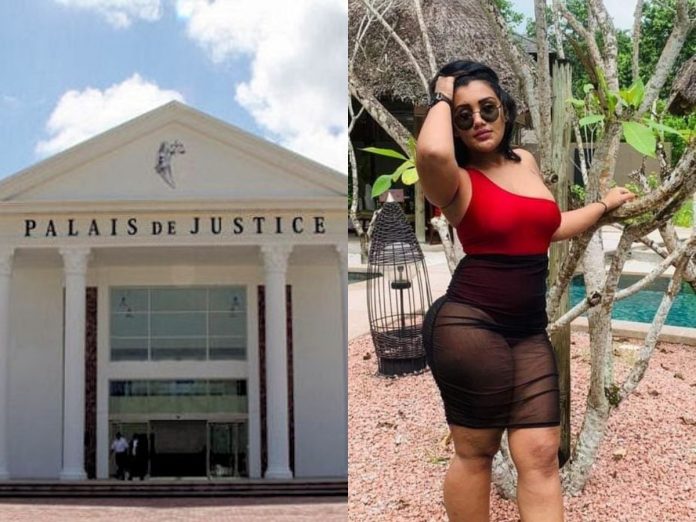 A Kenyan lady married to a Seychellois has been arrested and deported from Seychelles over an alleged involvement in a mega drug trafficking ring. – By Gerald Gekara.

According to authorities, Nassim Anwar Onezime was deported on Monday February 1, 2021 onboard an Island Development Company (IDC) aircraft accompanied by the deputy commissioner of police, Ted Barbé, and four other individuals among them police officers.

Although the police would not confirm the deportation case and attempts to talk to the commissioner of police were unfruitful, President Wavel Ramkalawan confirmed what has happened in an interview with TeleSesel.

President Ramkalawan said: “There was an operation last night (Sunday night) and an individual involved in drug trafficking was arrested and has been deported from the country. This is the work of the police.”

“They have to explain to foreigners that they should not be involved in such acts when in Seychelles and if they persist, they will have to leave the country… (..) We will take action. I am following closely the work being done by the police and I will give them my full support. I am also following the work of the ANB (Anti-Narcotics Bureau) and I hope there will be some reforms.”

“In the near future we will have the service of a new commissioner of police who will relook at the work of the police. Elimination of drugs remains high on our agenda.” He added.