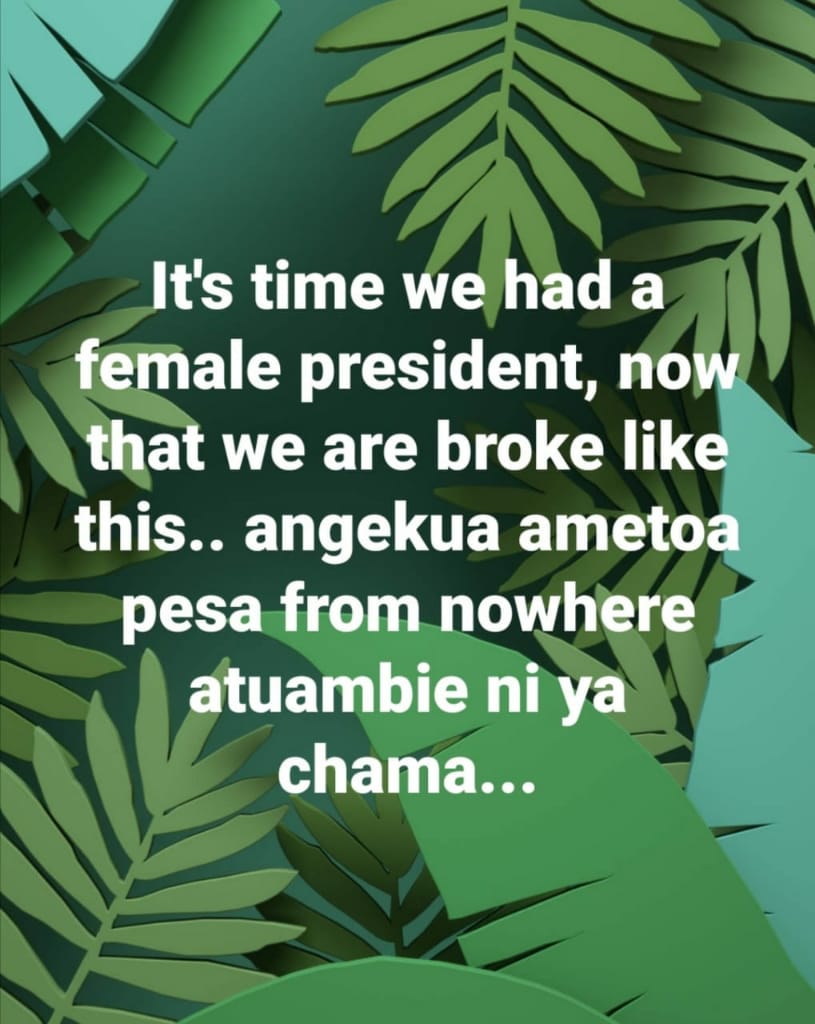 Kenyans on twitter now are demanding that a female President be elected in 2022.

In the trending post above, they say ladies are better financial managers…and can utilize essential contacts to pull the country out of the current financial mess.

Many of the Kenyans are of the idea that a female president would organize this country and control the economy including the looting of public funds which has been highly experienced in the current government.

This came out of trending hashtag(#FireThePresident) on twitter Kenyans complaining on a probably misunderstood statement by the President published online quoting the head of state saying he doesn’t understand why Kenyans are broke.