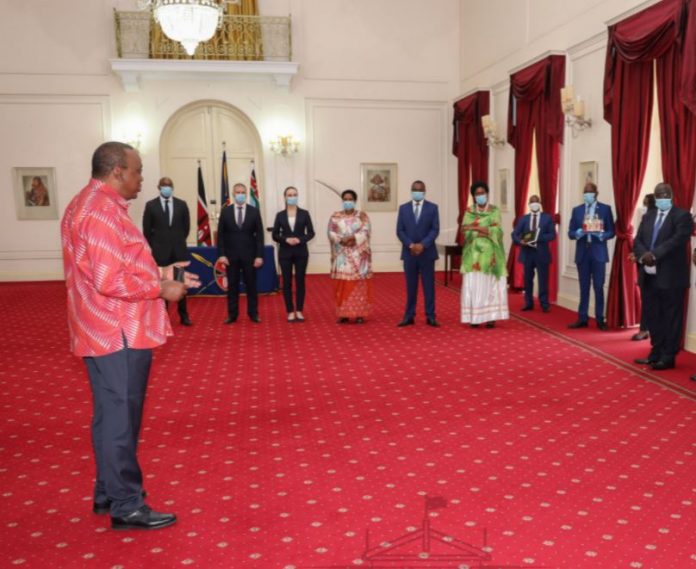 NAIROBI, 3rd March 2021 (PSCU) – President Uhuru Kenyatta has underscored the importance of countries working together for the common good of humanity.

The President said through international partnerships and global solidarity, nations are able to serve their citizens much better.

“We need to learn to co-exist and also have a unified purpose as this will go a long way in changing the lives of our people,” the President said.

Speaking as they presented their diplomatic papers to President Kenyatta, the envoys assured the Head of State of their commitment to continue strengthening bilateral ties between Kenya and their respective countries.

They pledged to work with the Government and the people of Kenya towards the realisation of the country’s Big 4 development agenda through trade and support for productive sectors such as agriculture.

Amb Galiwango congratulated President Kenyatta for his new role as the Chairperson of the East African Community saying he looks forward to working with the Kenyan leader for a stronger and prosperous region.