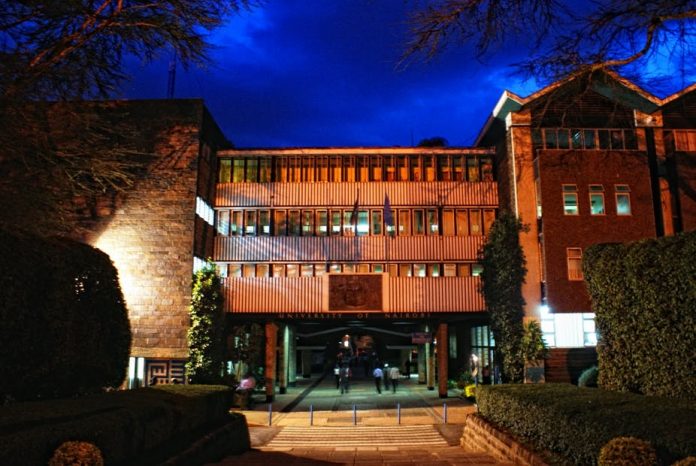 Vice-chancellors of Kenya’s 33 public universities are demanding a three-fold tuition fee increase. They point out that the proposed fee increase will merely meet the actual cost of providing university education.

The proposed increase is a reflection of the changing landscape in financing university education in Kenya. The once financially healthy universities are in financial straits, putting in doubt their long-term sustainability.

Most public universities are unable to meet basic operating expenses such as salaries, pensions, health care, and maintenance of plant and equipment. The flagship University of Nairobi, for instance, has a debt of 1.6 billion Kenya shillings (US$16 million) in unpaid pensions and other statutory contributions. The total debt of the 33 public institutions is around 110 billion Kenya shillings (US$1.10 billion). That’s equivalent to the state’s budgetary allocation over one year. The government spends around 27% of its budget on education. Universities get around 100.3 billion (US$1.03 billion) compared to 200 billion (US$ 2 billion) for basic education.

To manage the debt burden, universities have come under pressure to downsize their bloated non-essential staff. They have also introduced a range of austerity measures. The effect has been a decline in morale.

A tuition increase will provide much needed revenue to stabilise university finances. Universities are likely to use the extra funds in a number of ways. These could include improving the morale of both academic and administrative staff, improving the quality of instruction and better maintenance of plant and equipment.

But the proposed tuition increase comes with risks. A one-size-fits all raise fails to take into account the cost differential of various degree programmes. Medical, engineering and construction programmes, for instance, cost more than humanities and social sciences. Tuition fees should reflect these differences. If they don’t, under-investment in costly programmes will continue.

In addition, the tuition increase shouldn’t happen in isolation. It should be matched with a commitment by the government to restore university funding to previous levels. This will ensure that a bigger burden of financing universities doesn’t fall on students.

The gloomy financial picture contrasts sharply with the healthy financial position that public universities enjoyed a decade ago. Then, universities had balanced budgets and even surpluses.

The other reasons included declining government funding, closure of satellite campuses, and more stringent supervision of high school examinations that has reduced the number of university applicants and, therefore, fewer university enrolments.

The fee increase proposal doesn’t come close to covering the actual cost of a basic non-science degree. And universities argue that the fees aren’t enough meet the increasing costs of providing quality education and running the institutions.

I believe that by simply introducing a blanket tuition increase without addressing the problems ailing the public university sector, the government is missing a golden opportunity for much deeper reform.

Increasing tuition fees without consolidation of the public university sector is throwing good money after bad. The government should face the fact that a good number of public universities were established to give the government political legitimacy because they were established for political expediency in 2012-2013. Quite a few operate under capacity.

In addition, the proposed tuition rate increase was arrived at without broad consultations with key stakeholders. The whole process has been administrator-driven. As a result, students have threatened to go on strike while academics have called for a review.

Another problem is that the vice-chancellors’ fee increase proposal comes with no safeguards to mitigate its effects on poor students. Students from disadvantaged backgrounds experience difficulties even with the current fee structure. Without a clear specification of financial aid programmes for vulnerable students, the fee proposal will only make a bad situation worse.

Any tuition fee increase needs to be undertaken in the wider context of reforming the financing of university education in Kenya. A knee jerk policy like the one proposed by the vice-chancellors leaves too many policy challenges unresolved.