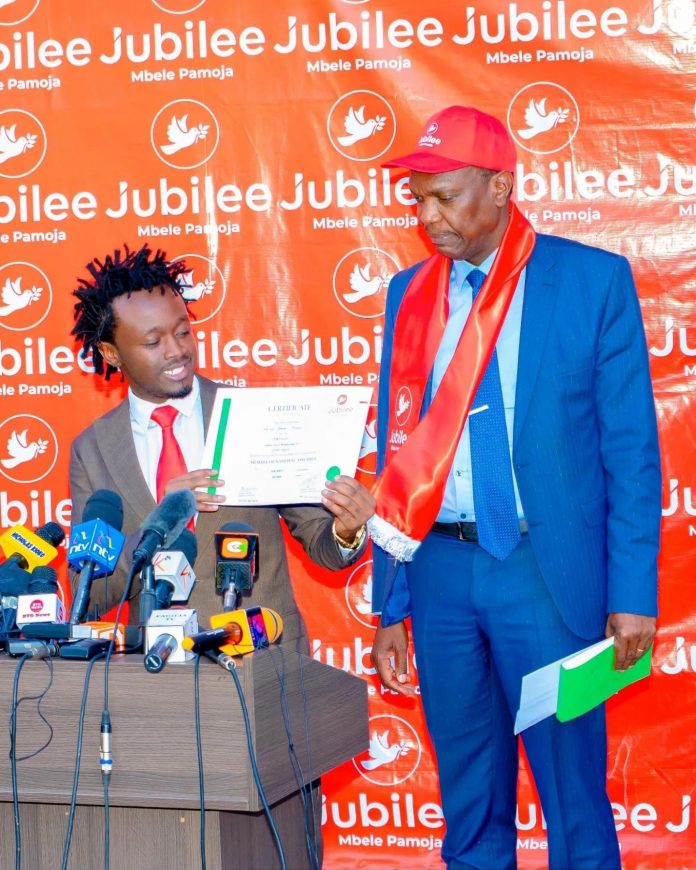 Musician Kevin Kioko alias Bahati has on Friday, May 13, 2022, been issued with Jubilee party nomination certificate to contest for the Mathare parliamentary seat.

Initially, he had been asked to step down in favour of incumbent MP Anthony Oluoch on grounds that Mathare would be zoned for the Orange Democratic Movement (ODM) party.

“I would like to say thank you very much I have my ticket and I’ll be on the ballot and I know I’m the next Mathare MP. Thank you, Jubilee, for the opportunity and my party leader for considering not only Bahati. I promise the seat will definitely go to Azimio,” he said.