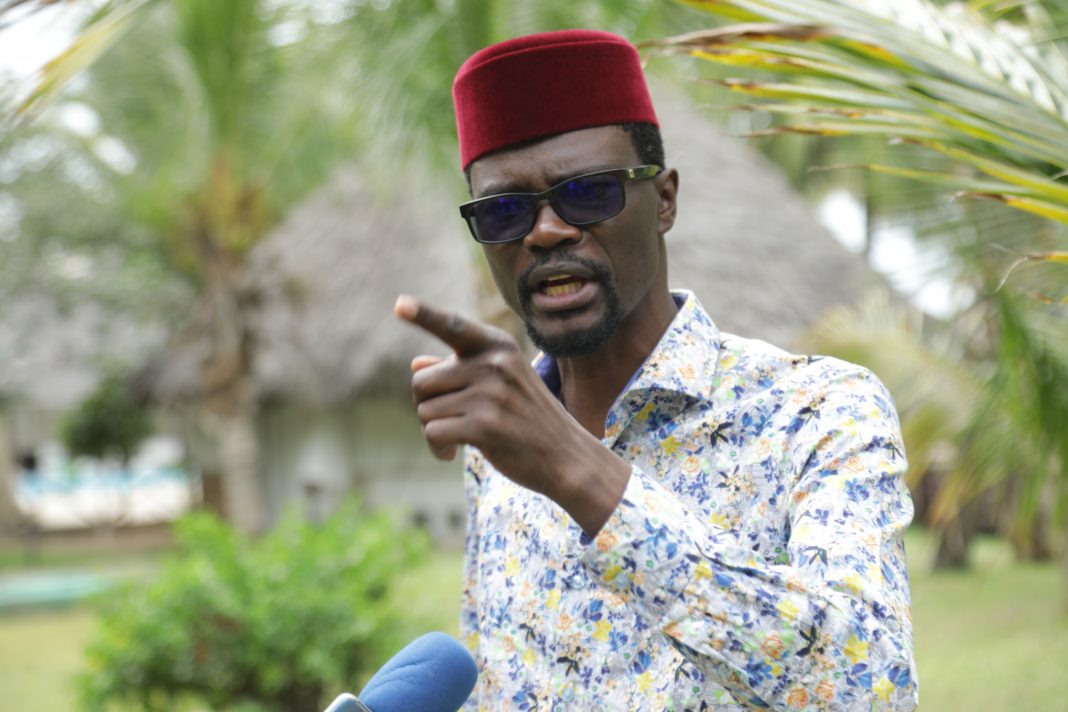 Kimilili MP Didimus Barasa Addressing journalists at a Malindi hotel in Kilifi County where he vowed to lead resistance of take over of Chetambe hills by the government to become forest land.

Kimilili MP Didimus Barasa speaking in Malindi, Kilifi County has opposed the gazettement of Chetambe hills to be a government forest land terming saying the move was unconstitutional.

Ï am surprised by the attempt of environment and forestry Cabinet Secretary Keriako Tobiko to gazette the area. It is unacceptable as the place is home to over 30,000 people who have lived there and have land ownership documents,” he said.

The legislator said there was no public participation done prior to the government making such an announcement adding that Kimilili constituency people are concerned that there is no place for Internally displaced persons who will be displaced by the gazettement of the forest.

“So, when you wake up in the morning and declare that land is going to be forest land then where do you want these people to go,” he said.

He said as leaders they are concerned because the gazettement targets part of Kimilili constituency.

The MP told reporters that he had already engaged lawyers to go to court and challenge the gazettement, adding that they will physically resist any attempt by the government to take over the ancestral land which belongs to the Tachoni community.

The lawmaker said the move clearly indicates how irresponsible the government is and the incompetence of the Cabinet secretary.

“When Keriako Tobiko was the Director of Public Prosecution he never even successfully managed to prosecute even a fly, this is a man who is very incompetent and he has put his incompetence before Kenyans by declaring that Chetambe hills a forest land yet people have been living there for very many years,” he said.

The legislator said even as they try to lob for a court order to quash the decision of government, they would use all means to protect themselves using all resources they have.

“Whether we will use dogs, whether we will use whatever tool that will be available we are going to ensure that we protect the land that belongs to our ancestors, its not going to be business as usual Let Keriako Tobiko dare send any forest officer or any government officer to Chetambe hills in his attempt to implement his purported fake gazettement notice, he will meet with us,” he said.

Mr Barasa said they will face the CS and take him head-on, do everything possible within their disposal to ensure that the land continue to be in the hands 0of the people that owned it.

He said they will not even allow resettlement of the people because there are very many areas in the country that can be declared forest land, where people don’t live there and wondered why the CS chose an agricultural land to gazette into a forest.

The area he said has begun attracting tourists because there is a very big hotel there and they cannot allow the incompetent CS who is almost finishing his term to gazette Chetambe hills as a forest.

Barasa said no one can dare trespass in Tachoni community land which is their cultural site adding that they would not allow a Mau like situation in Bungoma county.