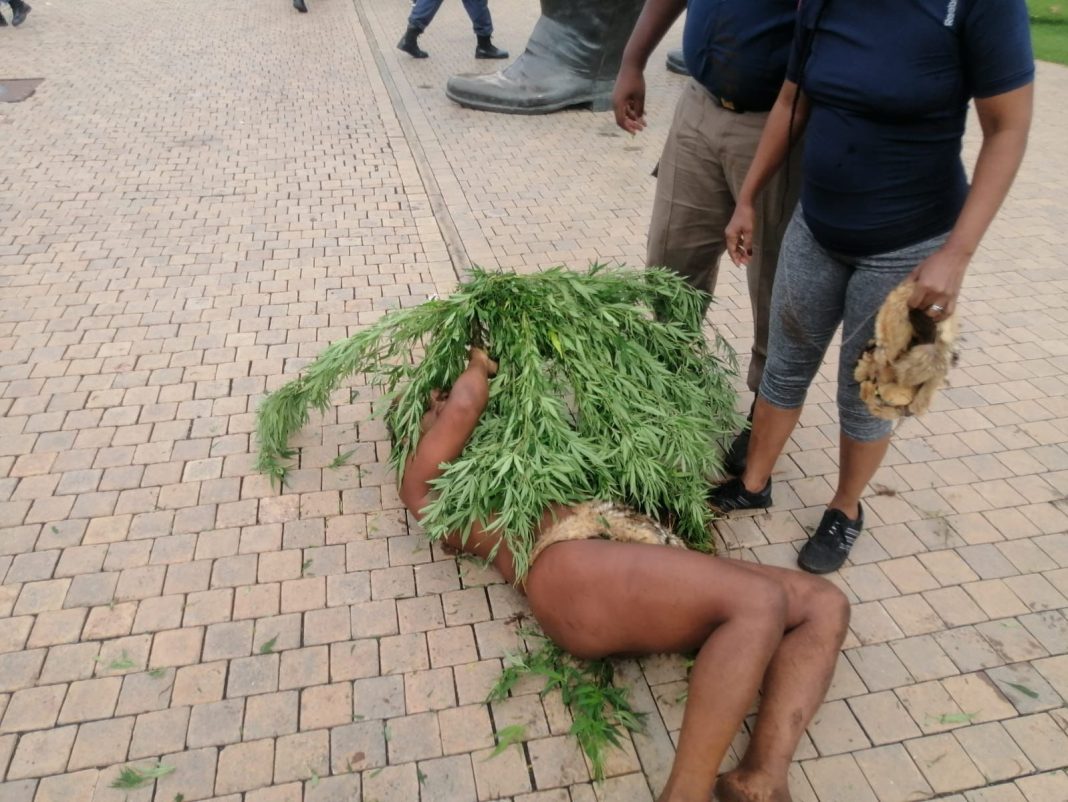 Their leader, wearing a traditional loincloth, clung to a shoulder-height plant as police dragged it across the presidential lawn in Pretoria before arresting him.

“Police… you have declared war,” he shouted. “We have been here peacefully. We are coming for you,” warned the man, who calls himself King Khoisan South Africa.

The Khoisan were formerly known as Bushmen or Hottentots — a name coined by Dutch settlers in the 17h century, reflecting the clicks characteristic of their languages.

During the raid, another activist yelled in Afrikaans at the police, asking them: “For plants? For plants? You are rubbish people in uniforms.”

The group’s tarpaulin tents have been a fixture on the emerald lawns of the South African president’s office since 2018, when they began a campaign for official recognition of their languages.

One of the tents is just metres (yards) away from a giant bronze statue of Nelson Mandela, the country’s first black president.

Around two dozen police, some in riot gear, others mounted on horseback and some with sniffer dogs, raided the small group.