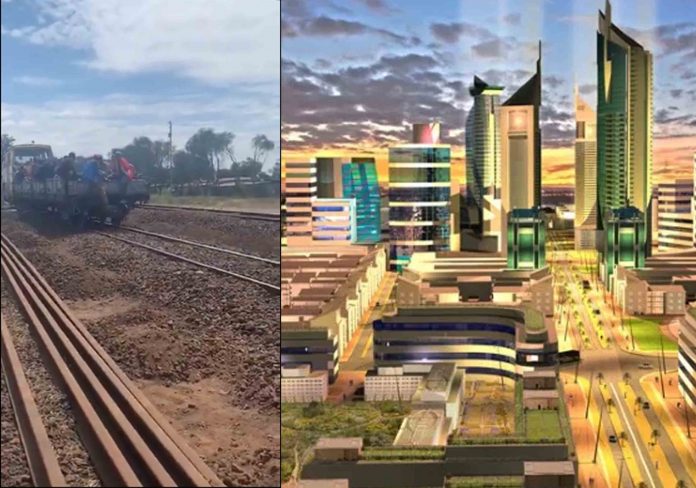 The Konza ‘techno-city’, a multipurpose establishment that has been ranked as one of Africa’s most promising development, has embarked on works to rehabilitate an old railway line By Gerald Gekara.

The video which left more question than answers was tweeted by the Konza technopolis handle, showing a group of workers on board a railway construction locomotive on a gauge that dates over 80 years.

However, the construction of the multi-billion city is expected to hit several snags, in implementing a futuristic ecosystem.

And for some reason, Kenya has not prioritized the possibility of switching to electric trains. This means that even if Konza developers were to introduce futuristic trains, the available standard gauge railway may not be compatible.

“Remember the locomotive engine has to go all the way to the rest of the rail network. It’s pointless to have a short line as electric and the rest of the 400km not electric” said one comment on the video.

Konza is a key flagship project under Kenya’s Vision 2030 economic development portfolio. According to the Vision dossier, Konza is touted to be a world-class city, powered by a thriving information, communications and technology (ICT) sector.