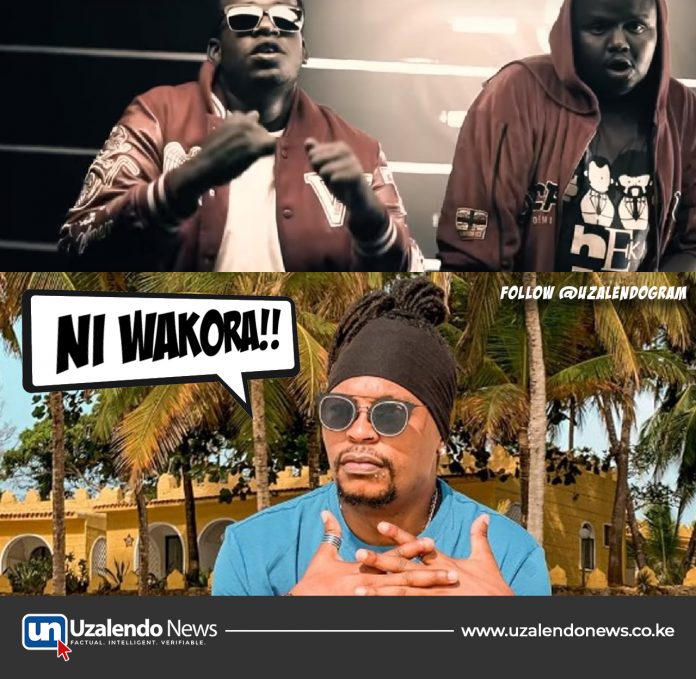 Man like Kora has blasted his ex-group members Mejja and Madtraxx and called them thieves. When he was asked why he quite the group he said he felt he was exploited and was not healthy at the time. – By Stephanie Mwangi

“Mafans wakiuliza mbna umekonda na wako na vitambi ni juu chakula ni ya watu watatu na sahani ni mbili,” He said this referring to the two group members. He went on to say he never actually got a penny on all the shows that they did together.

Before the group split up the Kansoul were known to be the pioneers of gengetone together with Jua Cali and so many other people.

The group used to release very relatable songs, club bangers and songs that would suit all kinds of ages.

Vera Sidika falls on stage while entertaining guests at a party