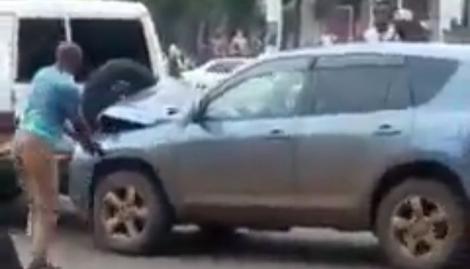 Following an altercation with police officers on Wednesday afternoon, a prominent human rights lawyer and activist was rushed to a Kisumu hospital for treatment.

According to Mr. Muiruri, the plainclothes officers were responding to a distress all after a saloon vehicle was seen suspiciously making several rounds at the KCB bank roundabout.

He noted that officers responded, but when they arrived, the activist intentionally hit the police car from behind more than once.

According to the police chief, the officers responded by firing several shots into the air as well as at the vehicle tyres to deflate them.

Muiruri went on to say that the lawyer then fled to a hotel in the Milimani area, where officers pursued and arrested him.

He did, however, add that after being identified, the activist was rushed to a hospital for treatment.