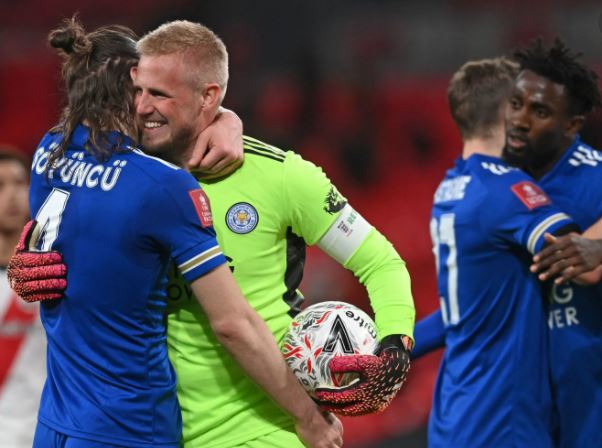 Leicester City reached the FA Cup final for the first time in more than 50 years, thanks to Kelechi Iheanacho whose only goal secured a 1-0 victory over Southampton on Sunday.

The striker has now scored 10 times in his last 7 games.

It was a disappointing game that was settled 10minutes after the interval as the in-form Nigerian international netted at the second attempt after Jamie Vardy’s good work.

Vardy turned well on the left wing and powered forward before cutting a pass back towards Iheanacho who had found space in the area.

His first effort was going wide, but was blocked and the ball came back to him and he side-footed past Fraser Forster.

Local residents and key workers were among a crowd of 4000 people who were allowed to attend the semi-final as part of a test event for the return of crowds as Covid-19 restrictions ease.

After Iheanacho’s goal, Leicester looked comfortable with substitute James Maddison failing to hit the target with a number of good chances.

Southampton had not conceded a goal in reaching the Semis and they were hardly a threat, failing to force a save out of Leicester goalkeeper Kasper Schmeichel.

The closest they came to an equaliser was an Ibrahima Diallo effort, which was narrowly off target, but a timid display for Ralph Hassenhuettl’s side.

Iheanacho was the highest scoring African plauer in the FA Cup, having overtaken Didier Drogba (12) by scoring in the 3-1 defeat of Manchester United in the quarter final.

Leicester City have never won the FA Cup but they last appeared in the final in 1969. They face Tuchel’s side on May 15.