Let Us Unite To End GBV 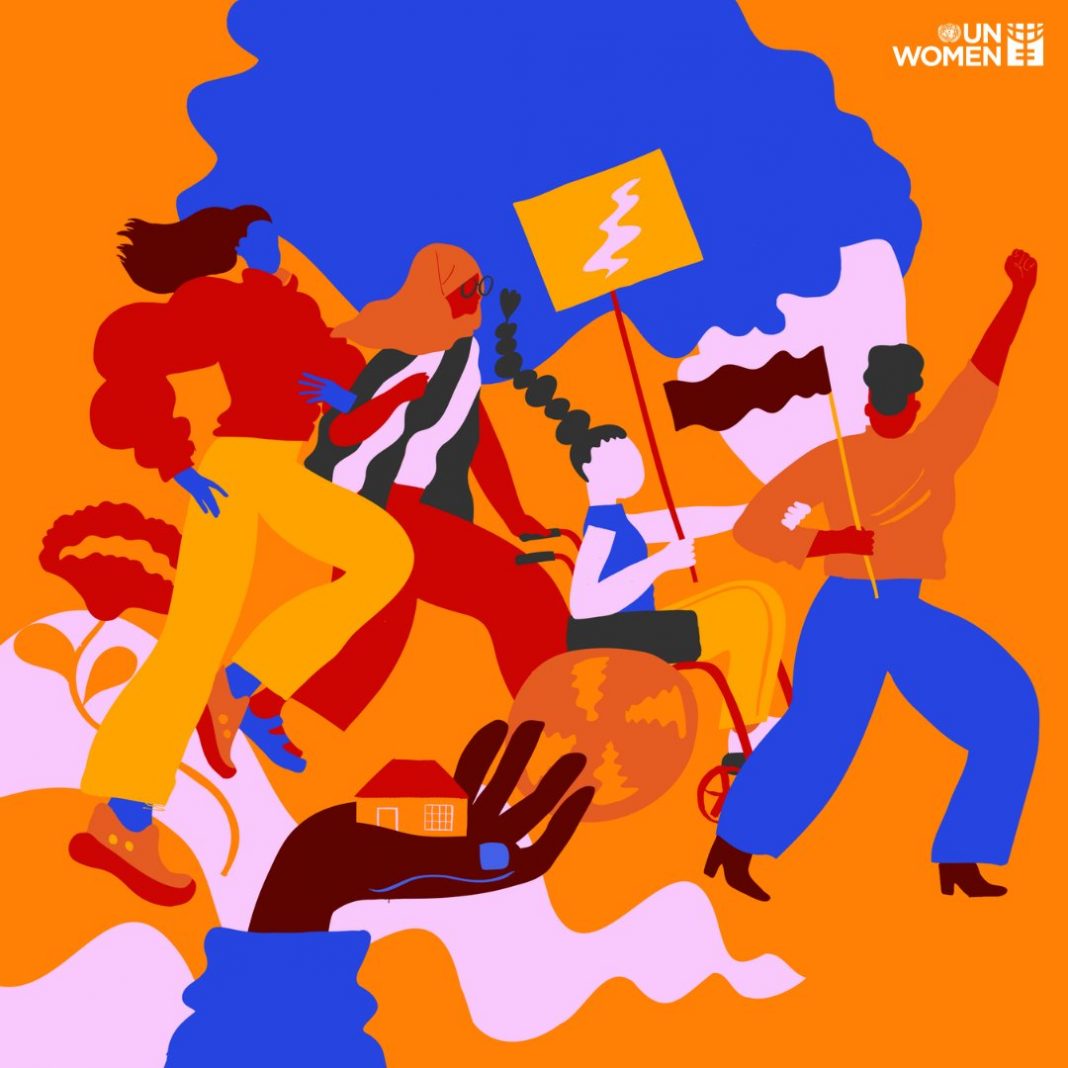 November 30 marks the start of the 16 Days of Activism against Gender-Based Violence (GBV) under 2021 campaign theme, “Orange the World: End Violence Against Women.

The National Gender and Equality Commission GBV is one of the most pervasive violations of human rights and a major threat to the advancement of personal growth and development of women and girls across the world.

The World Health Organization (WHO) estimates that one in three women, across the world, have been subjected to some form of violence in their lifetime and ranging from physical harm, sexual intimate partner violence, and non-partner sexual violence.

The consequences of GBV on children and the diverse categories of women and girls especially those with disabilities, from poor households, and those without income are grave. Other than fatalities and disabilities, violence exposes them to bodily harm, unintended pregnancies, low self-esteem and worth, exposure to infections, and depression among other complexities.

In Kenya, GBV has been used as a ‘tool’ to intimidate and prevent women from gainful involvement in labour opportunities, production, management of the environment, schooling, participation in political processes, and career progression.

Both visible and invisible forms ofviolence are common in Kenya, with the latter becoming more prevalent with advancements in technology and communications. Sexual harassment at the workplace, intimate partner violence, trafficking of women and girls, cyber and online bullying, femicide, insults and use of vulgar language, the radicalization of women and girls, Female Genital Mutilation (FGM), child/teenage pregnancies are common forms and types of violence reported in Kenya.

Studies show that incidences and prevalence of GBV increase rapidly during times of war, conflict, pandemics, and elections. In Kenya for example, GBV increased during peak seasons of COVID-19 mainly due to restrictions in movement, closure of schools, the collapse of livelihoods and loss of survival opportunities. As the country recovers from this pandemic, we

The raging drought now reported in 23 counties of Kenya is also a major driver of GBV.

They get engaged in forced prostitution, despair, forced labour, work for little or no pay, and other forms of exploitation. The Commission notes that the current drought management program directed to the affected counties and spearheaded by

the national and county governments have an opportunity to mainstream and integrate GBV prevention, response and management initiatives.

GBV has been a recurrent feature of elections in Kenya since 1993.

Election monitoring reports (2013 and 2017) by the National Gender and Equality Commission and other monitoring bodies have indicated that Special Interest Groups (SIGs) including women, Persons with Disabilities (PWD), and older members of society often cite, ‘peace, security and reduced conflict’ as key indicators for a well-managed electoral process.

As the country prepares for the General Election in August 2022, the Commission calls on the duty bearers with the greatest responsibility of protecting the rights of SIGs to put in place an contingency plan of preventing and responding to electoral related sexual violence.

We request political parties to put in adequate measures and goodwill to protect women and PWD aspirants from suffering any forms of violence; the security organs to fully enforce the various election laws, and for the judiciary to expedite elections justice.

We call upon men and youth, to take up more seriously the role of protecting their families, women and girls against all forms of violence, and shine as role models of peace.

For the media and women rights defenders, we urge you to document and report incidences of violence directed to women and girls as and when they occur and demand accountability for actions.

The Commission applauds the Government for its commitment towards ending GBV by 2030 and FGM by 2022.

We acknowledge the various initiatives, innovations and investments directed towards these goals, key among them; the scaling-up of the National Police Services integrated response to GBV (POLICARE), the commitment of the Judiciary in expanding GBV cases.

The establishment of gender-based recovery centres and shelters, the establishment of GBV survivors fund, investments in GBV specific data, analysis and use, the increased rollout of technology-enabled applications to detect and report GBV, as well as capacity building of health care workers and the police in responding to incidences of GBV, and strengthening programs on protection of witnesses.

On our part, the Commission commits to work closely with all relevant stakeholders to ensure effective response and prevention of GBV before, during and after the 2022 elections, and during times of emergencies.

The Commission will continue to monitor all measures put in place by the public and private sector towards reducing and eliminating violence against women and girls and share good lessons for replication and scale-up.

We join the rest of the World in calling for the immediate total elimination of GBV against women and girls.