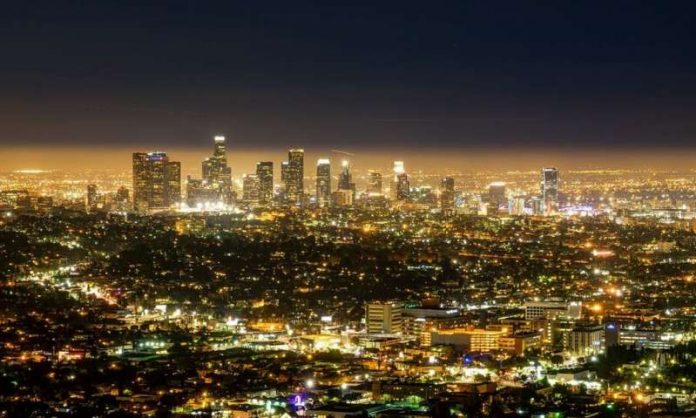 Bernard Coetzee, University of the Witwatersrand

Twenty five years ago Los Angeles experienced a massive power blackout due to an earthquake. The entire city was thrust into darkness. The emergency call service, 911, was inundated with panicked residents reporting “a giant silvery cloud”, was engulfing the sky. Unknown to the callers, they were seeing the Milky Way, the galaxy containing our Solar System, in the night sky for the first time. Some of these urbanites had never before experienced a non-light polluted sky.

Light pollution is the excessive and obtrusive light produced by humans at night. This light is from artificial sources, mainly electricity from houses, offices, streetlamps, billboards or car headlights. There are two main types of light pollution: point source, that is light directly from a source, and skyglow, the combined and accumulated effect of point source lighting that spreads through the atmosphere. This is the slight glow one can see on the horizon if looking towards a city from a rural area.

The introduction of artificial light at night has occurred in a universe, that is, in fact, exceedingly dark. Apart from the soft glow of celestial light, it is remiss of us to forget that half the earth always used to be, at any moment in time, in utter darkness. We only experience sunlight daily because of the random virtue of happening to be close to a star. That means that over evolutionary timescales, life on earth, and humans also, have adapted to constant and regular day-night cycles.

Many species use these sunlight cycles, and moonlight cycles, to time their behaviour, activity and sleep patterns as well as when to mate and when to feed. But now, the spatial coverage of light pollution is large, and its intensity is increasing.

But there’s a bigger problem: there’s mounting evidence that increased lighting has a range of negative effects.

Lighting negatively affects the environment as it disrupts the natural light cycles that species are cued into. These include changes in time partitioning such as singing, activity and foraging in animals, or altering individual health.

And there’s increasing evidence that lighting has negative effects on human health. Melatonin is the hormone that regulates human sleep patterns and is expressed under light. Changes in light regimes away from day-night cycles caused by light pollution means that it can disrupt this vital hormone’s natural expression. This has been linked to obesity, reduced sleep quality and impaired memory.

Because melatonin is an anti-oxidant that can remove free radicals, the disruption of its expression by artificial light may increase cancer risk. Disruption of natural light cycles is particularly acute with newer LED (Light Emitting Diode) lights, which are increasingly being adopted globally for their energy efficiency benefits. Yet, there’s little consideration of their negative health consequences.

A recent review in Science has outlined five key strategies to reduce lighting globally, which will not necessarily compromise its benefits. They are:

Given the extent and severity consequences, the dearth of light pollution research in Africa is a surprising oversight. Africa still remains one of the least light polluted continents, but this is rapidly changing with the expansion of lighting infrastructure, which it is closely tied with economic development. This is especially true for rural areas that may increasingly gain access to electrical grids and LED lights.

The recent global atlas of artificial skyglow did not make any ground-based measurements in Africa (nor South America or most of Asia), and serves as an example of how desperately a more robust and widespread understanding is required of its impacts.

Light pollution is a pernicious and increasingly understood global change driver. While many Africans may still see the Milky Way, the expansion of lighting infrastructure is imminent. As with other global change drivers, the continent is at an important juncture to ensure that its economic trajectory does not compromise its human and environmental health. How best to do so for light pollution still remains to be decided.